Job creation in Aurora has again outstripped Newmarket according to figures from the latest employment survey from York Region.

From 2008-2018 Aurora saw an average annual employment growth of 7%. Newmarket lagged with a 0.7% increase over the same period.

Swept under the carpet

All this can be difficult to explain to the general public. So the politicians have decided to sweep it under the carpet rather than do the difficult job of explaining the differences.

In 2015 there was a tremendous kerfuffle when we were told that Newmarket generated 100 new jobs between 2009 and 2014 when Aurora got over 5,000. The figures were subsequently revised upwards but only marginally.

The annual survey of employment in each of the Region’s nine constituent municipalities is concealed from the general public to avoid embarrassing municipalities whose jobs record is less than perfect.

In 2016 York Regional Council ruled that the employment figures from each of the nine municipalities should in future be removed from the annual presentation of the Region’s Employment Survey to the Regional Council. York Region's number-cruncher in chief, the excellent Paul Bottomley, was ordered to confine his comments to what was happening Region wide with absolutely no comparisons between municipalities.

Instead, the nine factsheets are given to members of the Regional Council “under the table” with no opportunity for comment in the Council Chamber by individual elected members. The wider public is kept in the dark.

It is a very silly way of doing things.

Any comparisons between municipalities should of course carry a health warning. Growth rates in some developing municipalities can easily power ahead of older, bigger and more mature local economies. In the same way, newly developing countries regularly post growth rates that leave developed economies looking dead in the water. But that doesn’t mean they are wealthier. So it is important to compare apples with apples.

East Gwillimbury, starting with a much smaller economic base than Newmarket, saw a 4.3% growth in jobs in 2017-18. But this amounted to 233 new jobs. Newmarket's employment growth lagged as a percentage (3%) but generated 1,245 new jobs.

York Region as a whole is an economic powerhouse. It is a top destination for business. The latest review tells us:

“At 2.4%, employment growth in York Region outpaced national and provincial employed labour force growth between mid-year 2017 and mid-year 2018, of 1.1% and 2% respectively. Over the past five years York Region has grown at an average annual rate of 2.6%, outperforming average growth rates in the national (1%), provincial (1.2%) and GTA (1.6%) economies.”

The data contains some fascinating stats. I learn the real estate sector was the fastest growing sector with an average annual increase of 7.4%, increasing by 10,850 jobs. The educational sector doubled the number of jobs, adding over 19,700 jobs at an average annual increase of 7.3%. Finance and insurance and healthcare and social services added 11,000 and 17,000 new jobs respectively. 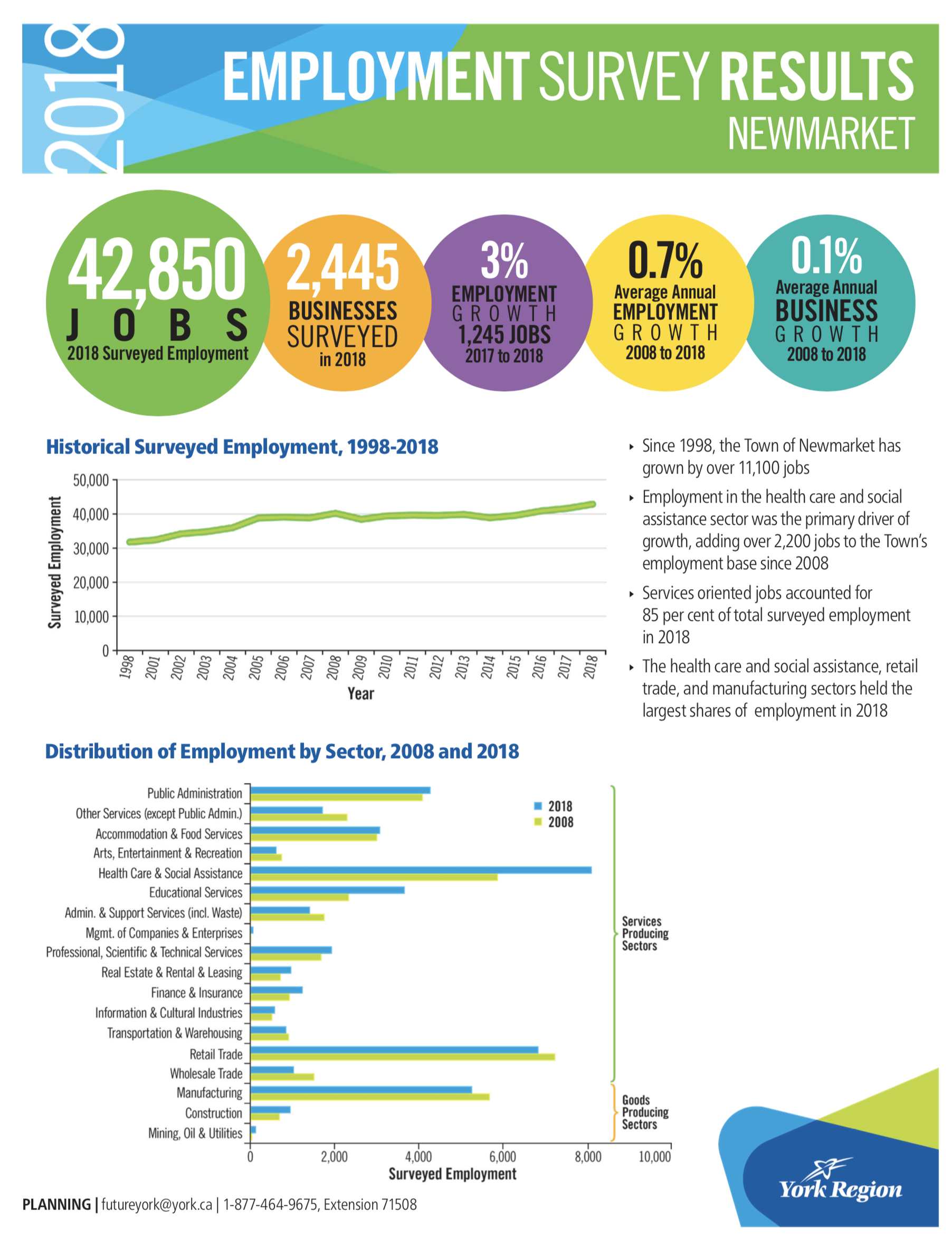 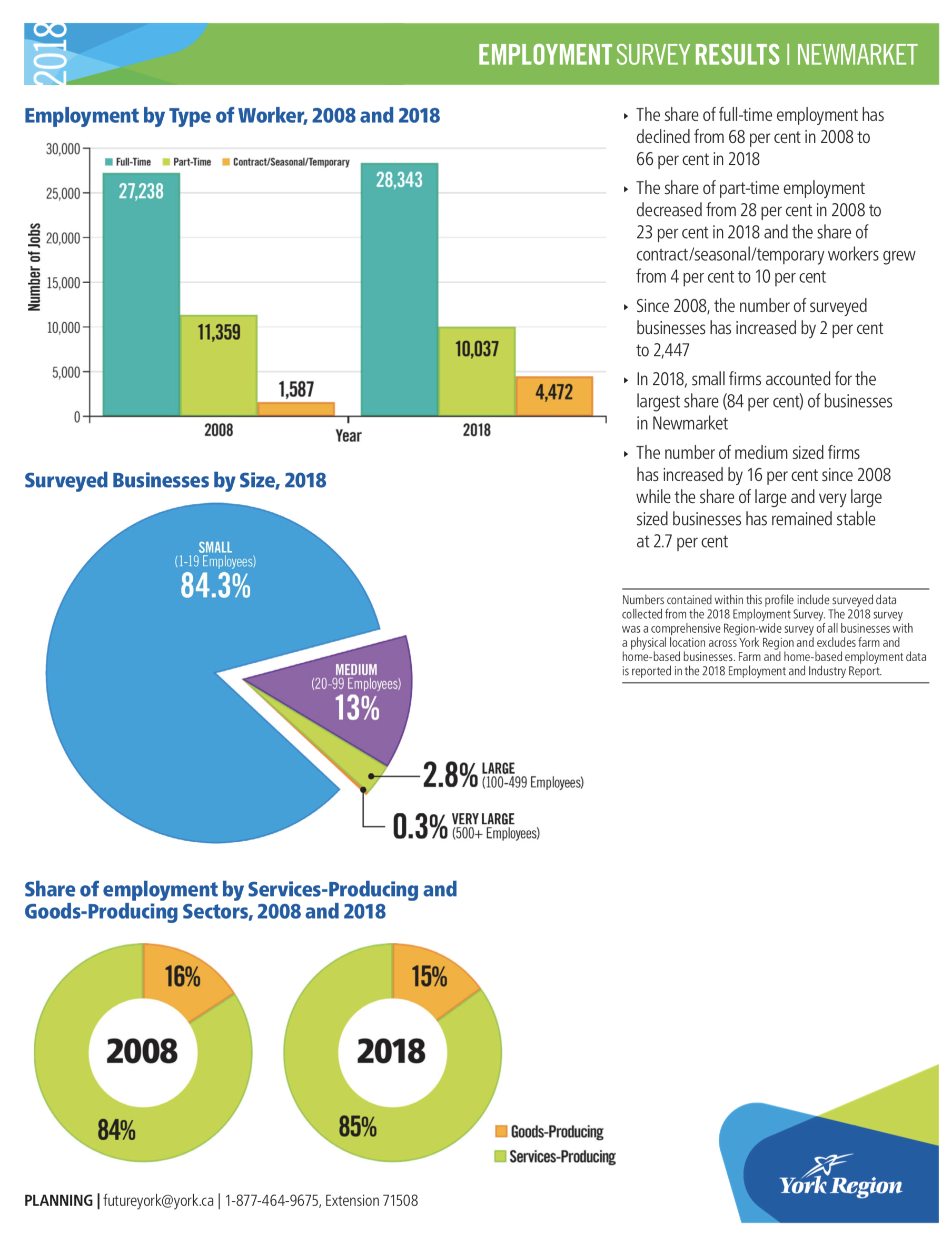 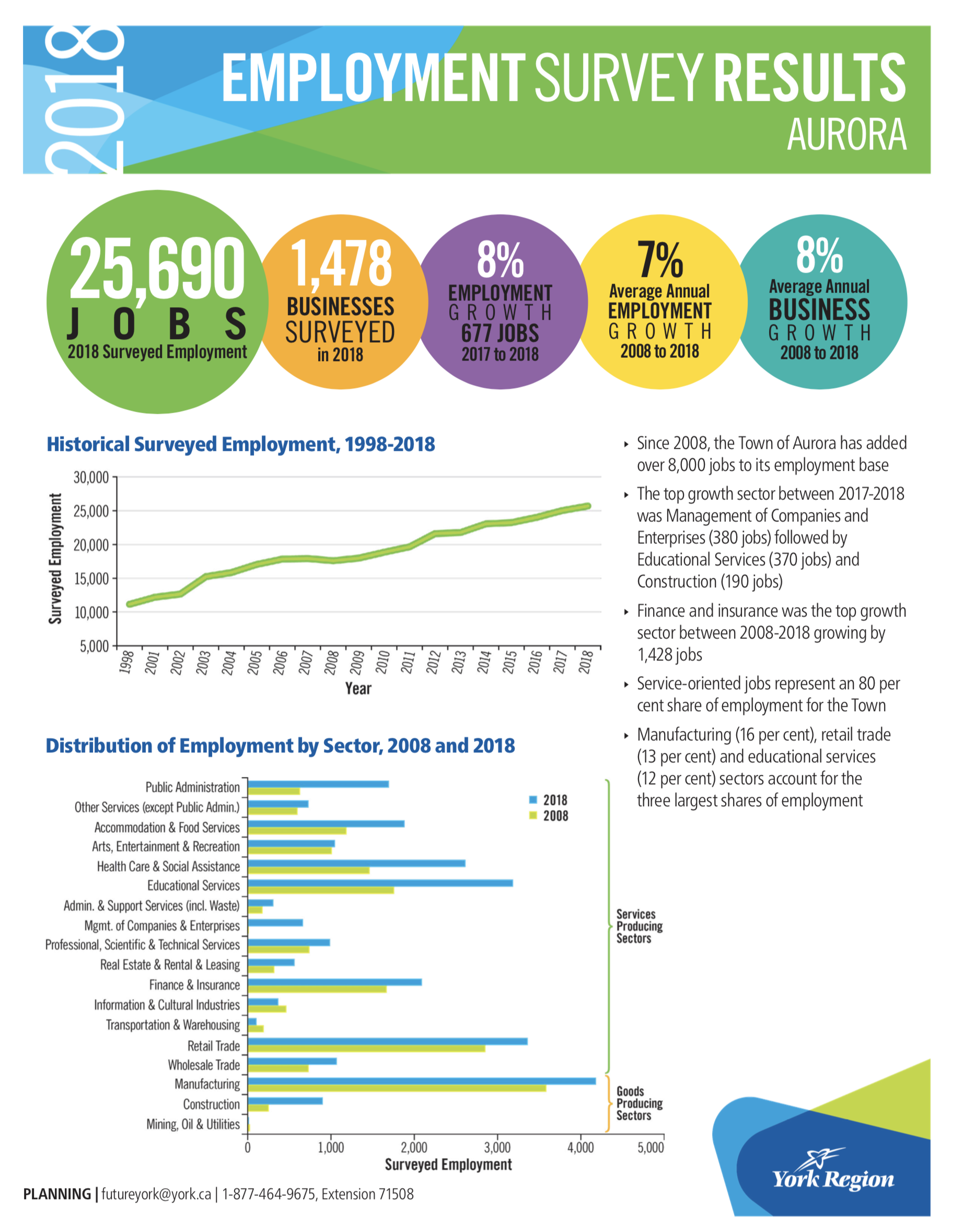 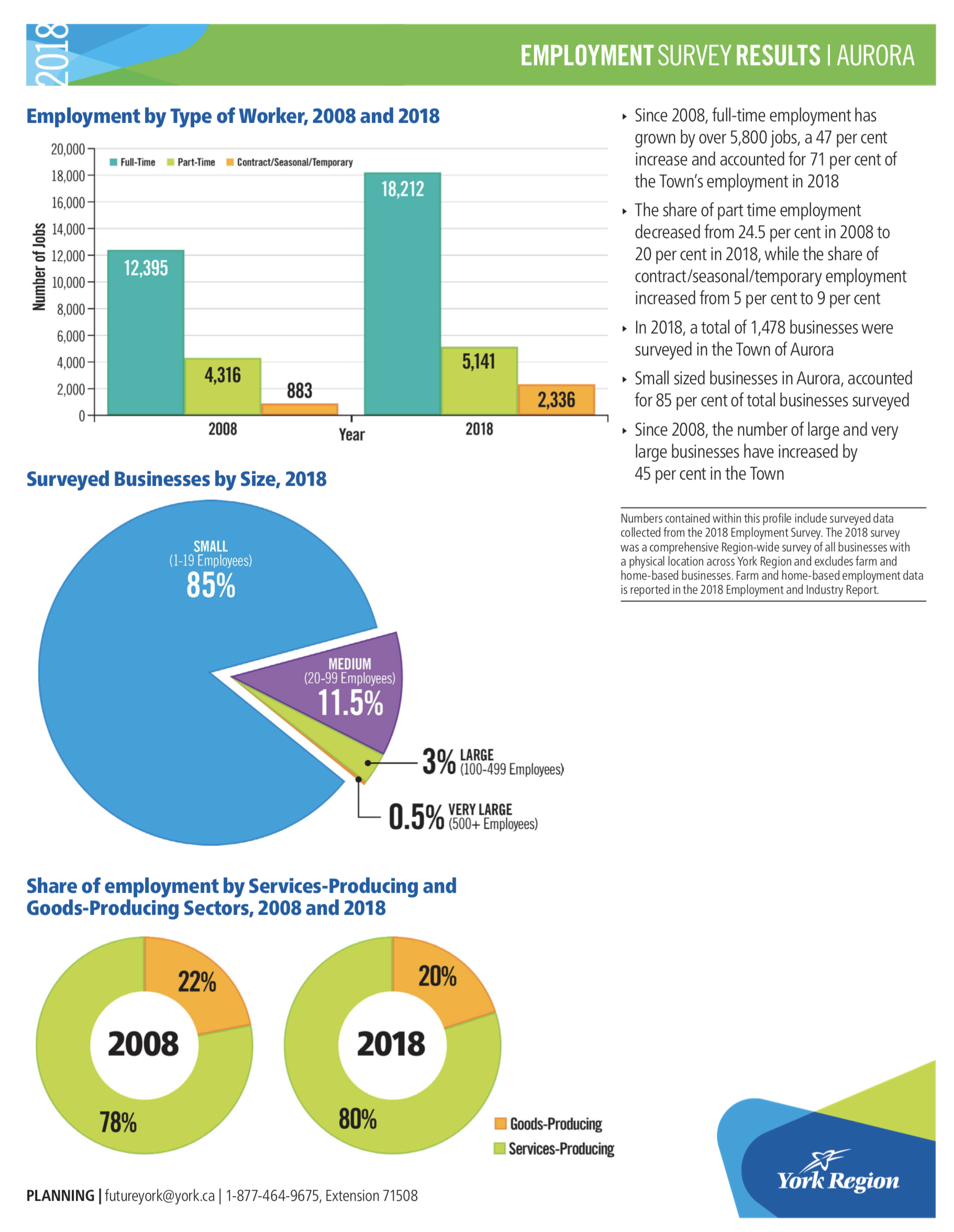 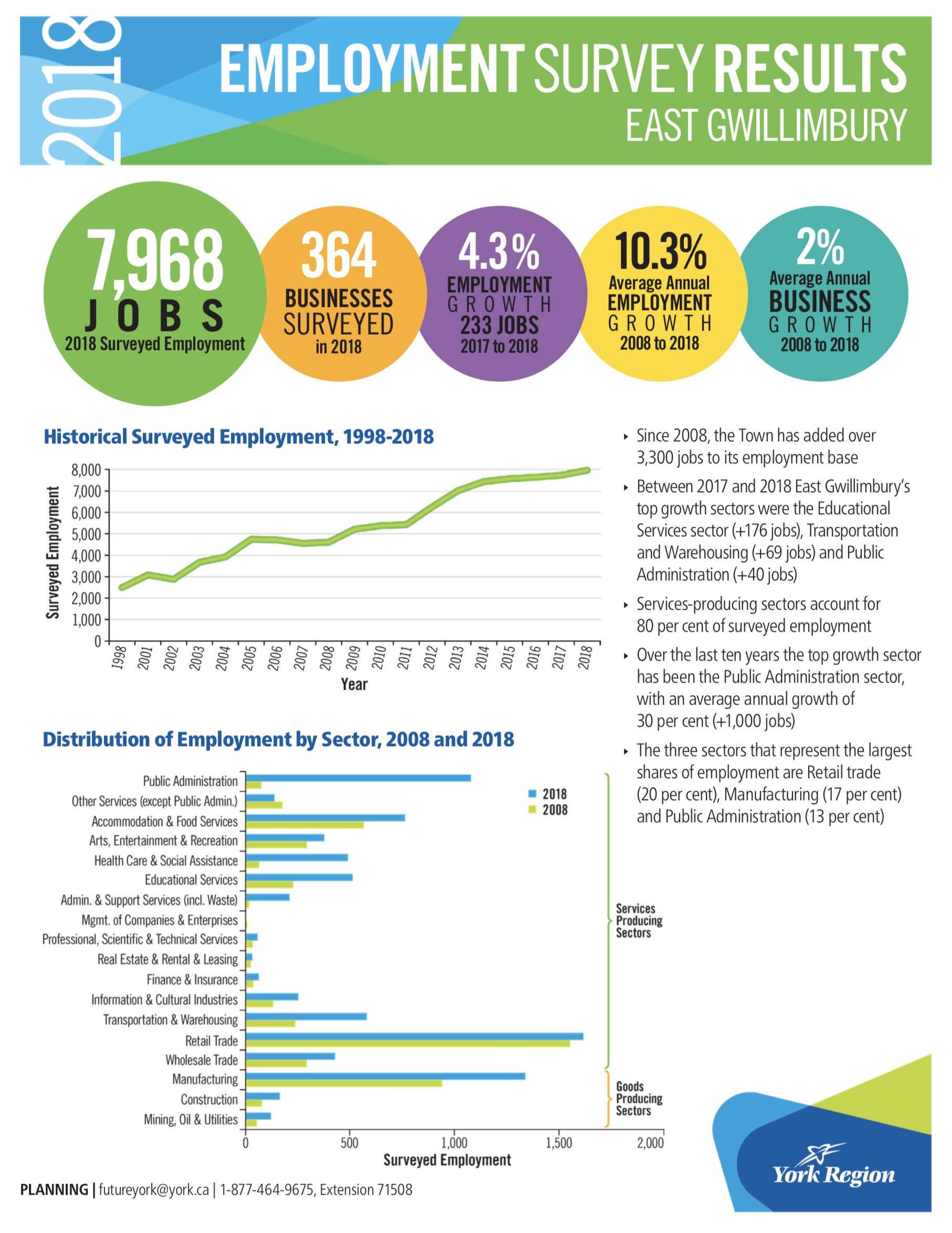 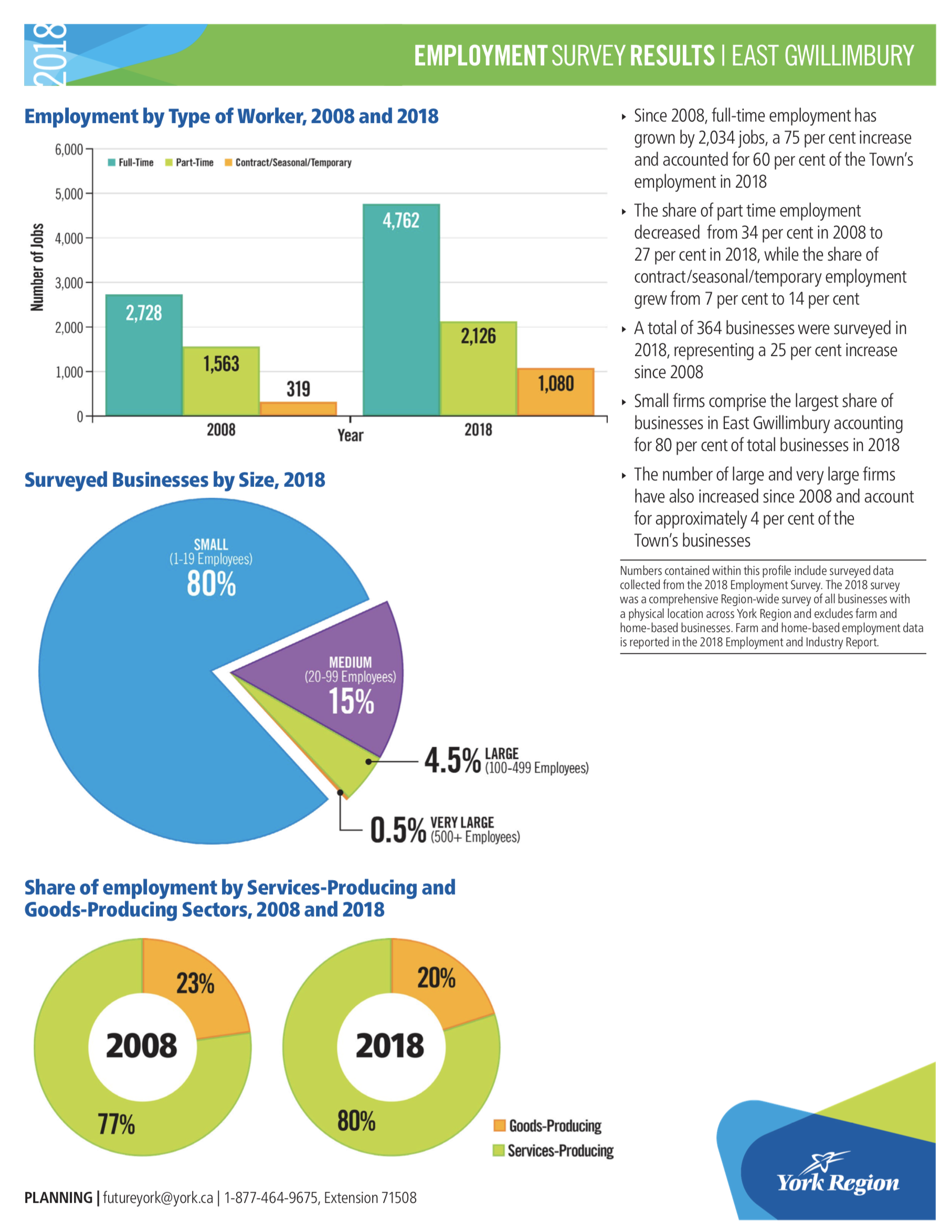