“Today’s budget includes massive – I repeat, massive – tax hikes…  a family of five will be paying $1,000 more in new taxes.” 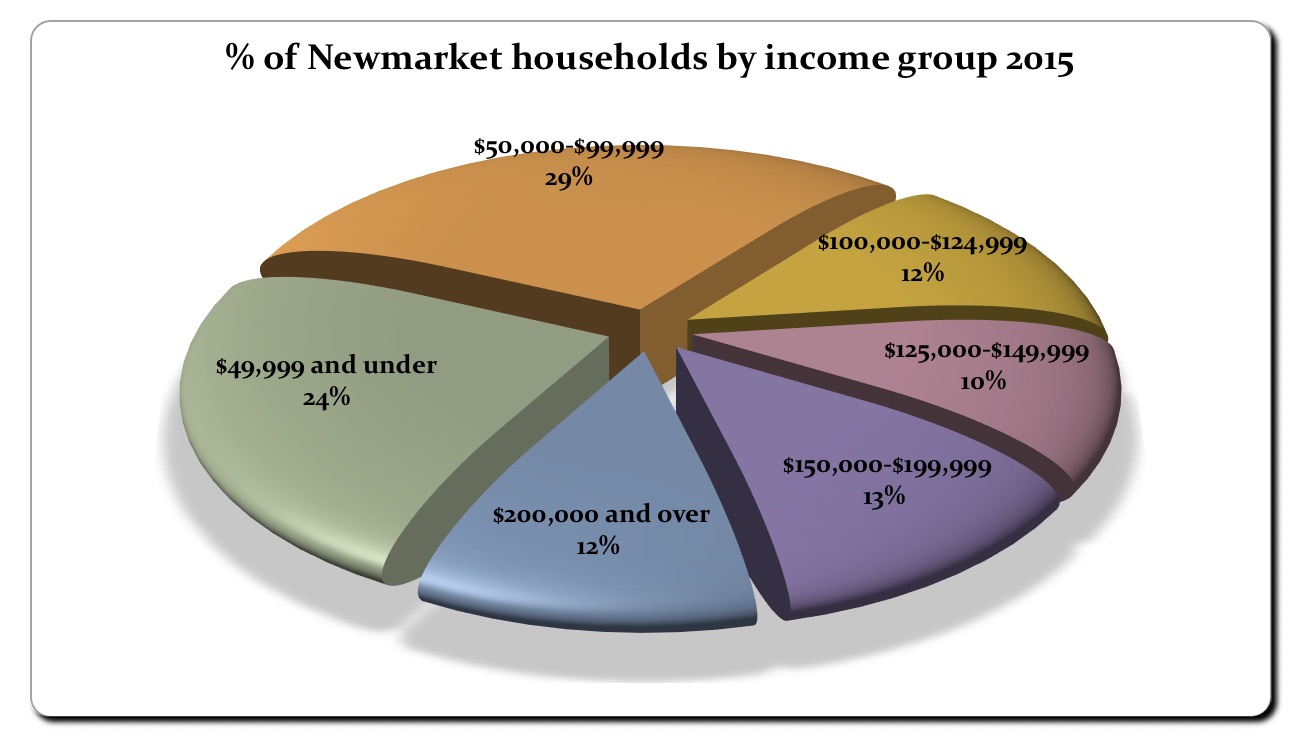 As it happens, I have been wondering if such an unusually well-heeled family of five actually exists anywhere in Newmarket (or Aurora) where the average household size is 2.94 persons.

Generally speaking, Newmarket and Aurora are well-off towns with higher than average incomes but there are thousands of people struggling to get by and pockets of deep poverty. (The pie chart on the right shows total household income.)

Most people in York Region – and here in Newmarket - can only dream about getting $130,000 a year, thereby qualifying for the $200 tax hike which Doug vows to scrap.

Over 83% of Ontario’s 11m tax filers are entirely unaffected. The Budget document tells me about 680,000 individuals would see a reduction of about $130 in their income tax on average.

Doug thinks this is a tax grab. The Provincial Government says it’s a bit of overdue spring cleaning – getting rid of surtax and bringing in seven Personal Income Tax rates making the tax regime a bit more progressive.  (You can read the Budget speech here.) 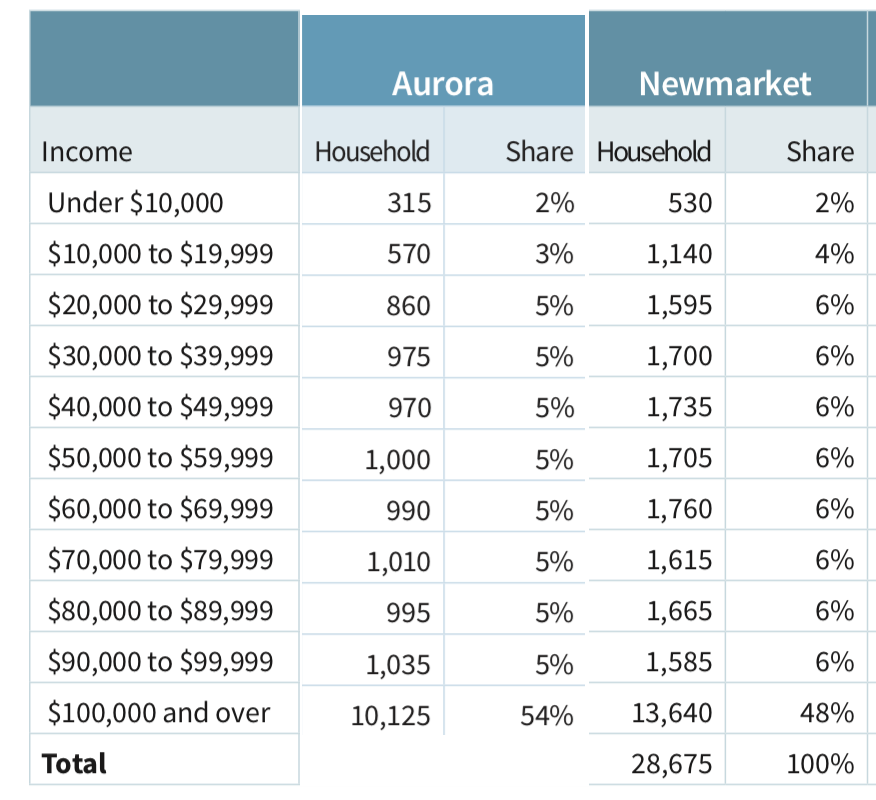 The Liberal Government has now laid out its stall but what are the PCs offering?

At the moment, not a lot.

I am looking forward to reading Doug’s election platform to see how he makes his sums add up. Cos at the moment they don’t.

Perhaps he will take Jamie Watt’s advice and just be himself, leaving policy detail to others. Watts says

“Unfiltered Ford has the best chance”.

Soundbites and empty slogans won’t cut it in this election. Doug has got to come up with concrete policies and costed programmes.

Or be relentlessly mocked for being all mouth but with nothing to say.

Update on 1April 2018: Blog now shows number of taxpayers getting a tax cut.