Over the last decade Newmarket has seen an average annual business growth of 0.9%. The comparable figure for Aurora, 2.8%.

Why does Aurora grow more jobs?

Why is this? Does Aurora have more employment land? Or is it because it is closer to Toronto? Or are housing options more varied?  What exactly are the factors?

You can see all the figures here in the 2017 Employment Survey Results for the nine municipalities of York Region.

There was a terrible kerfuffle three years ago when the Region published figures which suggested Newmarket had seen a paltry 100 jobs created over the period 2009-2014. At the time, I was sitting in on a York Region meeting and observed the look of incredulity on the faces of John Taylor and Tony Van Trappist.

Indeed, Van Trappist was actually moved to say something - as was Taylor. (The 100 figure was subsequently revised upwards.) Since then the Employment Surveys for individual municipalities are no longer front and centre. At York Region they’ve taken a back seat to region-wide figures and analysis. That way less likely to cause embarrassment.

It is all very upbeat and breathless with lots of pace, flagging up big new employers such as Celestica (a high tech company) and Gin-Cor (who make specialist vehicles) that are moving into Town. You can see the presentation which comes at the start of the meeting here on You Tube. 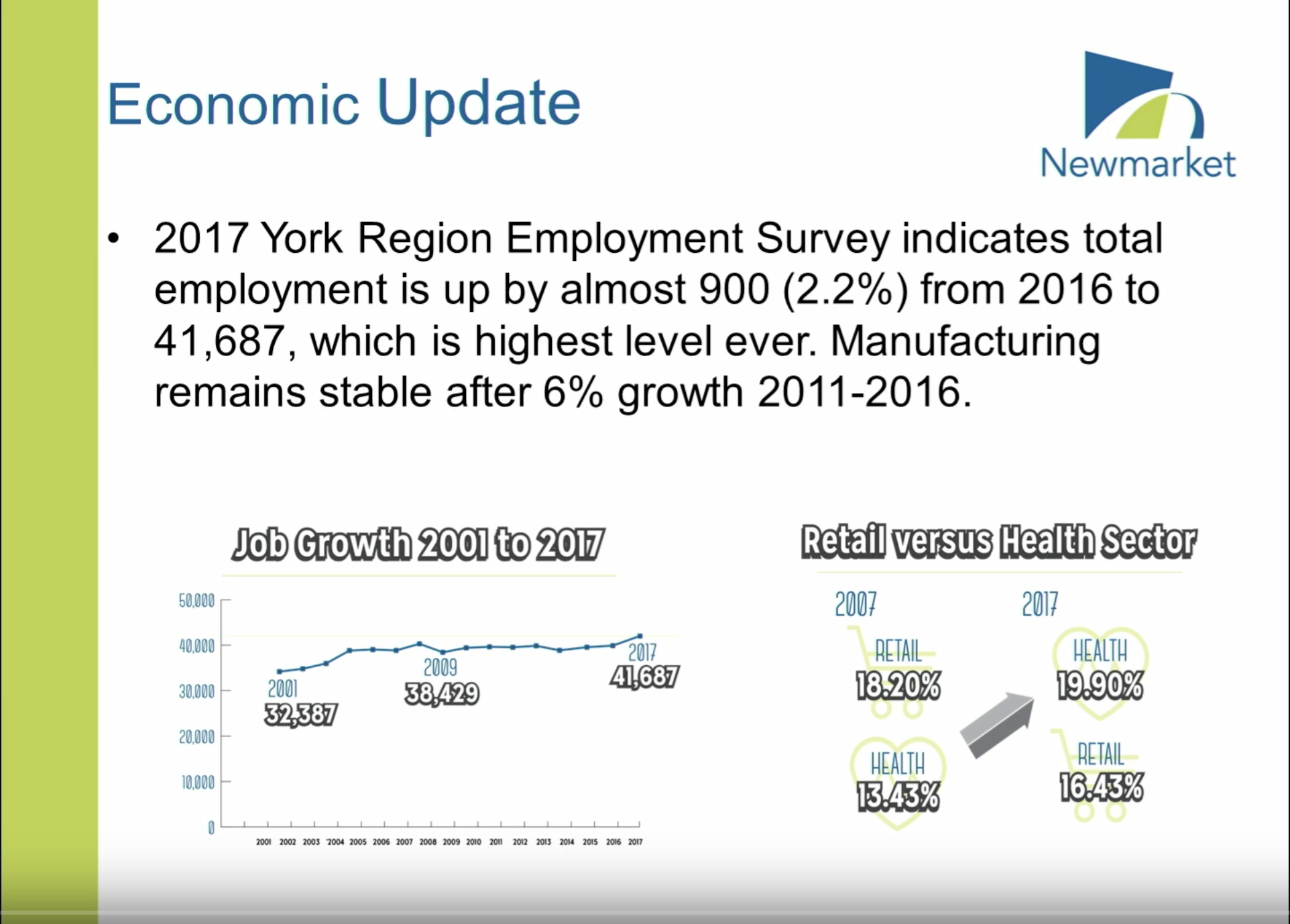 The slide alongside credits the information as coming from the 2017 York Region Employment Survey. Perhaps the Town uses the calendar year whereas the Region uses the survey period from mid-year 2016 to mid-year 2017. Perhaps the answer lies in the definition of "total employment". In any event it is important we compare apples with apples, especially in an election year.

Big new employers not in the latest figures

John Taylor, who sits on the Regional Council, asks if the 2017 figures include the numbers from Celestica and Gin-Cor and is told no.

He points to jobs on the way at Upper Canada Mall, the Oskar Building on Davis Drive and the old Price Chopper on Leslie Street which is morphing into a new medical centre. He is upbeat.

But, worryingly, the big growth in contract work continues.

Precarious employment is a big and growing issue.

Time for us to wake up and take notice.