Can the OMB - on an appeal by a developer - order the Town of Newmarket to make its own land available to that developer to facilitate a development that has been denied by the municipality in its role as planning authority?

The Clock Tower cannot be built. So what is the point of Forrest appealing to the OMB? 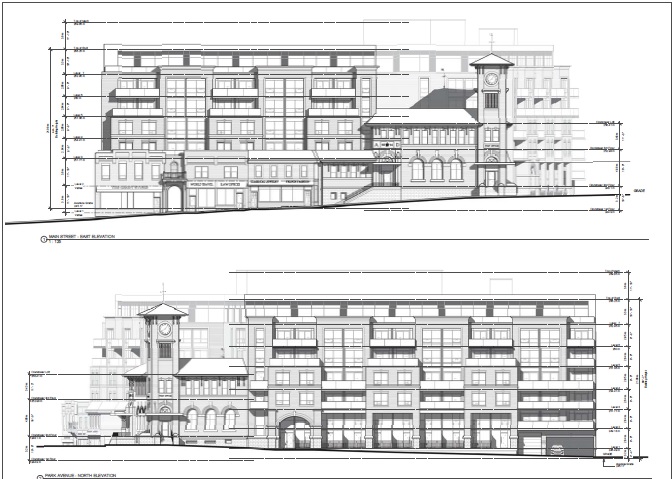 I have blogged before about the sheer craziness of having to spend public money to defend against Bob Forrest's appeal to the OMB for a building that cannot be built. The Clock Tower development needs Town owned land which is not forthcoming.

Even if it were to allow Bob Forrest's appeal, are we seriously expected to believe the OMB has powers to expropriate public land in favour of a private developer and determine the quantum of compensation that would be payable by Forrest to the municipality?

Just to pose the question illustrates its absurdity.

But, perhaps, we are not alone in this lunatic world.

All eyes on Richmond Hill

I see another OMB Hearing is to begin on 8 May 2017 in Richmond Hill.

In it, CIM Developments Inc are appealing the failure of the Town of Richmond Hill to amend the Official Plan to change the existing designation of the land CIM wants to develop from "Neighbourhood Commercial" to "High Density Residential". The developer wants a mixed use development of 81 townhouses and two six storey residential buildings and commercial space. Apparently, CIM Developments doesn't own all the land it needs. Sound familiar?

Sam and Joanne Gideon are amongst the Parties.

One of their issues asks:

"Does the Board have jurisdiction to approve a draft plan of subdivision that shows any aspect of the appellant's proposed development (including a road allowance) on lands which are not owned by the appellant?"

It is, of course, possible for a developer to submit a zoning by-law amendment covering land he or she doesn't own. But I have always assumed those affected would have the opportunity to comment and make representations.

So, when Bob Forrest approached the Town with his proposed land exchange to facilitate his development at the Clock Tower, the Town, presumably, would have taken a view. It is just that we, the great unwashed, were not let in to the secret.

In a nutshell, the proposed land exchange (whether there is an agreement in principle or not) allowed for the manipulation of the Clock Tower development's Floor Space Index which directly impacted on its built form. It was a lot bigger than many people ever thought possible in the old downtown, protected as it is by the Heritage Conservation District Plan and/or Heritage Conservation District By-law. Take your pick. (The photo above shows the development as seen from the historic Old Town Hall in Market Square.)

If things go pear-shaped and Forrest loses his appeal I suppose he could exact revenge by putting in a planning application for a seven storey apartment building on the site of the municipal offices at 395 Mulock Drive.

I think we should be told.