The Clock Tower at the OMB: Intensification v Heritage

Background: The Clock Tower OMB prehearing kicks off at 10am on 3 May 2017 in the Council Chamber at 395 Mulock Drive, Newmarket. It is open to the public.

Clock Tower developer Bob Forrest has hired the silver tongued planning lawyer, Ira Kagan, to represent him at the OMB. Kagan is a skilled operator now at the top of his game. He has huge experience and a will to win. He will be formidable. He doesn't work with a broad brush. He loves detail.

Kagan represented the developer Marianneville at the OMB Glenway Hearings and wiped the floor with the Town. I observed his way of working. After quizzing a witness - and before finishing his cross examination - he would pirouette and face his team behind him. Looking at each of them in turn he would say "Have I missed anything?" I was hugely impressed. He never did miss anything.

The Town's counsel, the catatonic Mary Bull, was in a difficult position. If she had swivelled round she would have seen a row of empty chairs. The Town's planning department had, of course, boycotted the OMB Glenway Hearing.

We know the key issue for Kagan is "intensification v heritage".  He believes the Town has focussed exclusively on heritage - and, by implication, ignored intensification. He says the Town should judge the Clock Tower application by the policy regime in place at the time it was formally submitted to the planning department and not against the Heritage Conservation District By-law that was passed a few months afterwards.

I take these points in turn.

Van Trappist is Kagan`s ally. The Mayor's infamous unguarded remark about the Clock Tower being just the kind of intensification that Main Street needs will live on long after he has gone. In his statement to the Committee of the Whole on 28 November 2016 after losing the vote he talked about the Town's investment in the downtown business district and how

"it has long been understood that intensification was the next logical step".

Yet, despite this, late last year the Town won the Institute of Planners award for the best Main Street in Canada.

And one of the Town's senior planners, Adrian Cammaert, writing in the University of Waterloo’s PCED Journal (Papers in Canadian Economic Development) in 2016 said this:

"One of the Historic Main Street's greatest strengths is its location. As part of the GTA, Newmarket is part of and accessible to the largest concentration of people in the country... The Historic Main Street area's first impression is another advantage. This attribute can be difficult to quantify due to its subjectivity, but the area's visual attributes such as its strong 19th Century building stock, well maintained streetscape and attractive businesses result in a very positive first impression for a visitor. The 2014 approval of a Heritage Conservation District for Main Street South further verifies this impression as it relates to the physical condition and abundance of the area's historic building stock."

"Newmarket's Historic Main Street has experienced tremendous revitalisation over the past 15 years to the benefit of local residents and tourists alike."

The great irony is that Forrest, in pursuit of his Clock Tower development, has contributed to an air of dereliction by evicting his business tenants and shuttering the historic commercial properties on Main Street South. They have been boarded up for years. 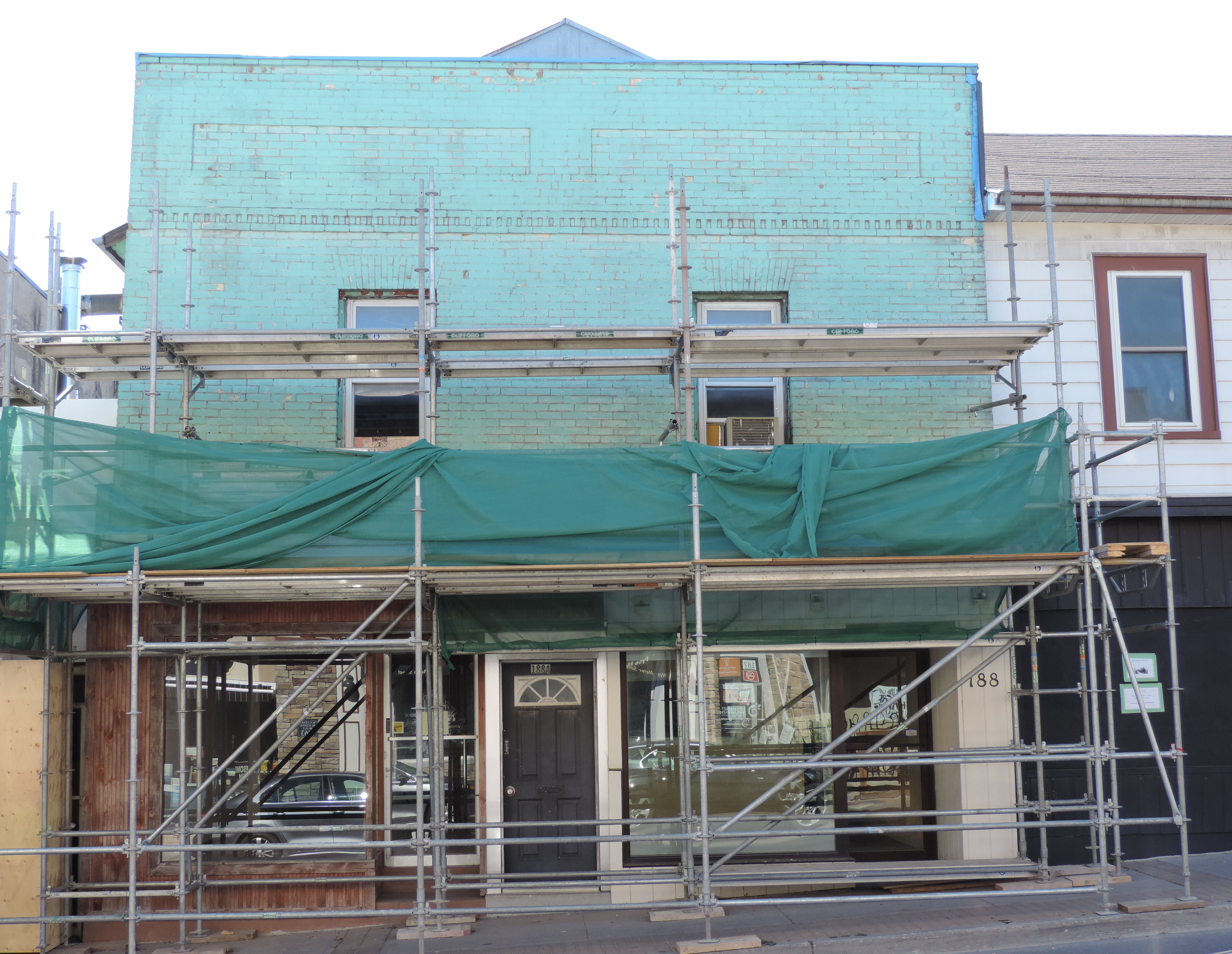 So, how will the wily and artful Ira Kagan play this?

He will say the Town has a policy for the Historic Downtown that pulls in different directions - on the one hand intensification and revitalising the old downtown and, on the other, preserving and protecting the Town's historic built heritage. Forrest's own heritage consultants, Goldsmith Borgal, recognised this alleged dichotomy and concluded that, at the end of the day, it was a matter for councillors to decide. Kagan will say the Town staff focussed on heritage and neglected the other part of the equation, "intensification".

Prepare for a deluge of Official Plans, Regional Plans, PPSs and GGHs

At the OMB Hearing, Kagan can be expected to talk at great length about the growth plan, provincial policy statements and that kind of stuff. He has a template ready that he can use.

Unfortunately, there is no transcript for the OMB Glenway Hearing but we have Kagan's written closing submission which focussed on intensification in the Newmarket context. We also have the OMB Glenway decision of 18 November 2014 which I quote at length to give context. The adjudicator and OMB Vice Chair, Susan de Avellar Schiller, said this:

“[52] The 2005 PPS (Provincial Policy Statement), the 2014 PPS and the GGH (the Provincial Growth Plan for the Greater Golden Horseshoe) all refer to intensification using similar and occasionally identical language.

...encourage intensification generally throughout the built up area...

[56] Intensification is defined as:

The development of a property, site or area at a higher density than currently exists...

[57] These requirements are distinct from the GGH requirement that municipalities, at Policy 2.2.6(e):

[58] Intensification areas include the areas listed in Policy 2.2.6(e) and also include:

... other major opportunities that may include infill, redevelopment...

and so it goes on. In paragraph 61 she sums it up this way:

That gives Kagan all the leeway he needs to make the general case for the intensification of the old downtown. However, we already know from the Planning Staff report of 28 November 2016 that the Clock Tower development is not needed for the Town to hit its Provincial target.

But how is the intensification going to be accommodated in a Heritage Conservation District?

Answer: Remove the Clock Tower from the Heritage Conservation District.

Kagan will make great play of the fact that Forrest's completed application was lodged with the Town and deemed "complete" before the Town got round to enacting its HCD By-law.

In 2013, the Town's Director of Planning, Rick Nethery, was of course aware that Forrest was about to submit a heritage destroying planning application involving the demolition of historic structures. Despite this he told me the By-law would have to wait until 2014 because the cost of hiring staff to police it was not in the Budget.

There was a huge outcry and, in the event, the By-law was passed on 21 October 2013 with the OMB giving approval in 2014. The Forrest lands were temporarily removed from the Heritage Conservation District pending a determination of his Clock Tower application by the municipality.

As it happens, the By-law (2013) does not add or subtract anything from the Heritage Conservation District Plan (2011). They are identical.

"In short, the by-law adopting the Heritage Conservation District is required to fully implement the District Plan and have it be in full force and effect. While we utilise the Plan to assist in evaluating proposals, the passing of an adopting by-law gives the Plan its Official status."

Clearly, this is something the planning lawyers will have to address. I suspect the By-law trumps the Plan. Kagan wants the Clock Tower judged against pre-existing policy (ie before the By-law was enacted). But the policy "pre and post" is exactly the same.

The lawyers will tell us what it all means. That's why they get the big bucks.