On Thursday (18 April 2019) York Regional Council will formally adopt its first ever Code of Conduct. 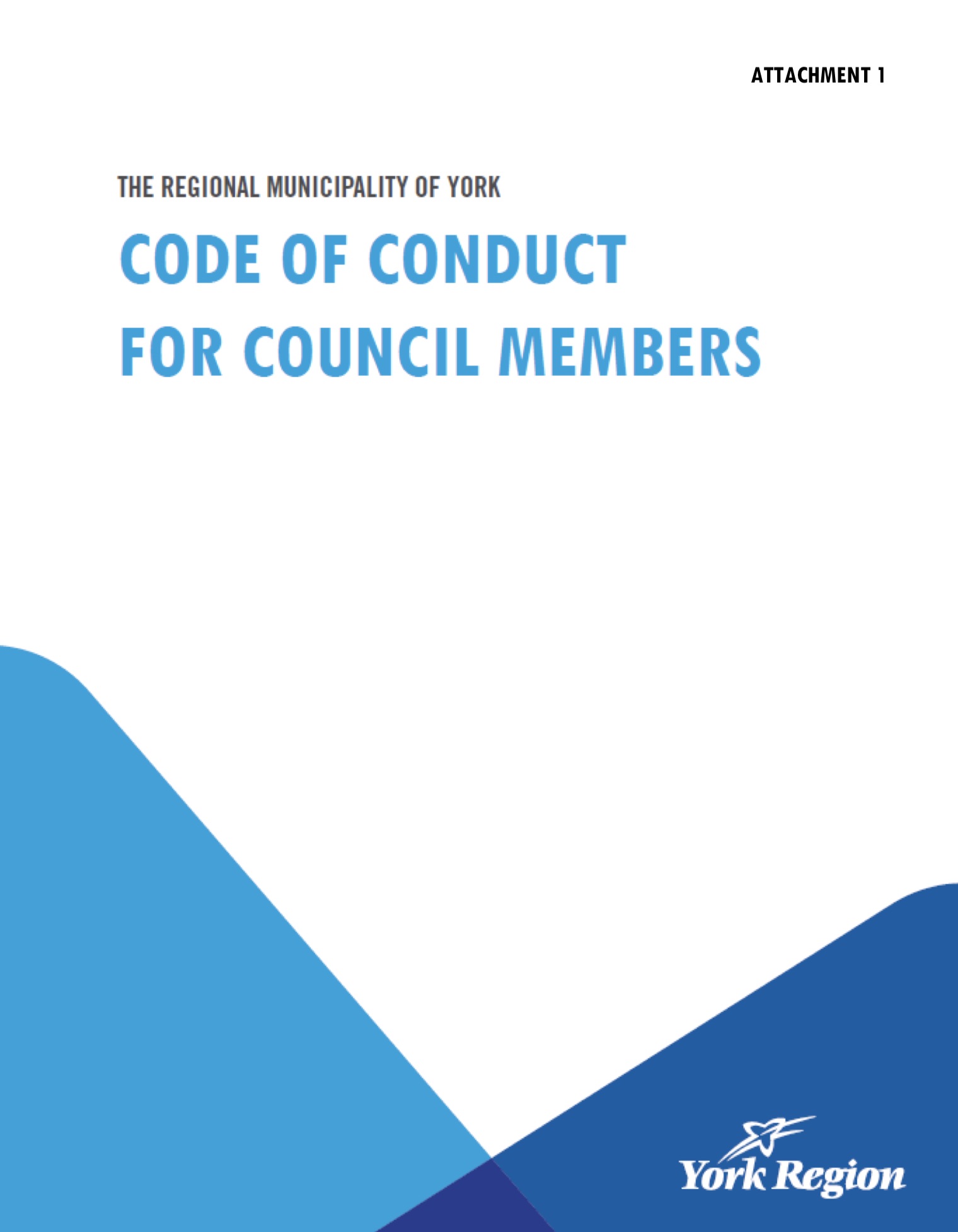 It should have happened years ago but there was a lot of foot dragging. A Code of Conduct is a safeguard which protects the public from rogue councillors but it also protects the members themselves from unjustified accusations of inappropriate behaviour.

The Regional Council has had a number of bites at a Code of Conduct and the one up for approval on Thursday is slimmed down from the January 2019 version by the Region’s Integrity Commissioner (another recent innovation).

The Integrity Commissioner’s Draft Code was sent away for a re-write and the new version, authored I think by staff, is half the length of the original and is much better in every regard.

It seems to tick all the boxes but you can never be entirely sure it will capture all eventualities. People are endlessly inventive when it comes to circumventing rules.

The most important statement in the new Code of Conduct is listed as its first guiding principle:

“Members shall serve the public in a conscientious and diligent manner that promotes public confidence and will bear public scrutiny.”

As a general rule, if elected members are happy to read a report about their activities appearing on the front page of their local newspapers there is probably nothing to worry about.

When he retired as Mayor he collected a severance package from Whitchurch Stouffville reflecting his many years of service including 17 years as Mayor.

Emmerson said that he standing down as Mayor and coming off the local council because he was going to run for Chair of York Region. He couldn’t be Mayor of Whitchurch Stouffville and Chair of York Regional Council at the same time. He said that if he was successful in becoming Regional Chair it would trigger a by-election back in his home turf which would cost the taxpayers in Whitchurch Stouffville a pile of cash. He thought that would be a waste of their money.

Severance, to me, suggests cutting ties. Going off and doing something else. Hence the rationale for the pay-out. But staying on and pocketing the cash?

But I suppose that’s why we have Codes of Conduct and Integrity Commissioners to help us navigate our way through these difficult ethical dilemmas.

Unfortunately, York Region did not have a Code of Conduct nor an Integrity Commissioner in December 2014 so it was up to Emmerson himself to decide what to do. 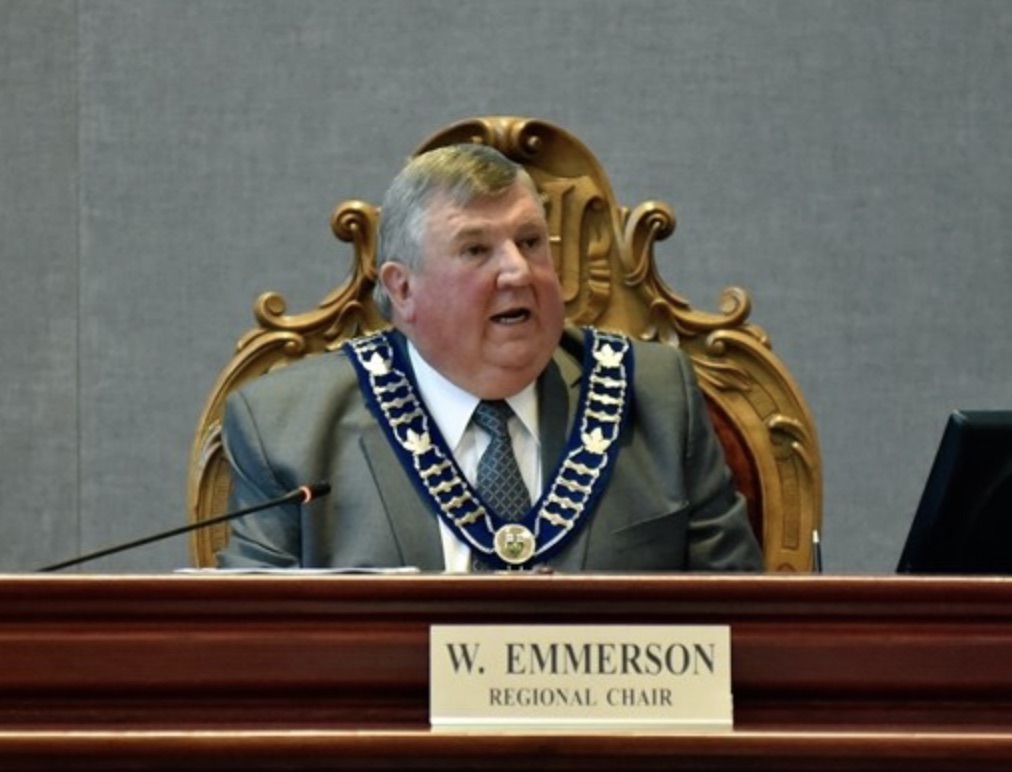 The severance package is calculated according to the member’s length of service which means “any continuous period of service as a member”. The 1996 by-law was amended in 2009 to clarify the meaning of “service”. It means

“continuous, unbroken service as a member.”

Severance has to be claimed. It is not awarded automatically.

Perhaps it would have been more appropriate for Chairman Emmerson not to have claimed his York Region severance payment of $35,514.64 until he knew the result of the election for Regional Chair. After all, he had six months to make that call.

If he had lost to Taylor his connection with York Regional Council would have been well and truly severed. No doubt about it.

But Emmerson had teed up the votes and won 16-4. And he collected his severance as a bonus.

What Emmerson did was clearly lawful.