The Irrelevance of Tom Vegh 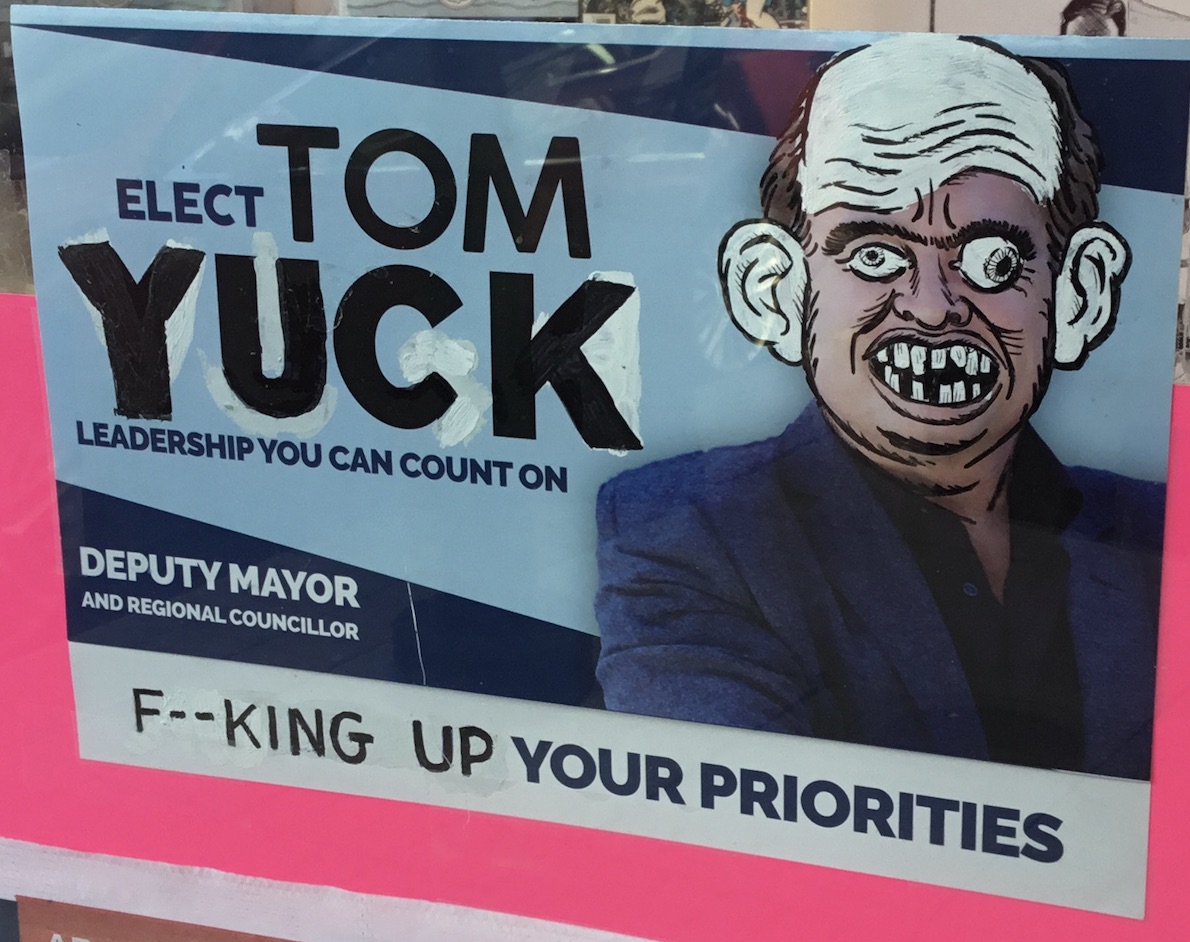 Sometimes it is difficult to tell the difference with gifted people. They can have insights lost on the rest of us.

When Tom told the voters last October that he was committed to building a new Library and Seniors’ Centre on the Hollingsworth Arena site he didn’t say when they could expect it. Voters could be forgiven for believing it was something that would happen in the 2018-2022 Council term. But maybe for Tom it was just blue skies thinking.

If Tom is doing more than just kite-flying he needs the support of at least four other Council members to turn his promise into reality. Maybe he is working furiously behind the scenes to win them over.

“When I have something to announce I will let you know.”

Hmmm. That’s not what he said to the voters last fall.

Personally, I think Tom is up the creek without a paddle, drifting about with nowhere to go. Not a clue. And yet he is a full-time elected official with all the time in the world to plot the best way of getting from A to B.

The expensive Strategic Priorities exercise continued today (26 March 2019) and Tom was there in physical form but saying little. Kelly Broome probably said more than Tom so that tells you all you need to know. Tom seemed curiously disengaged. Maybe he was thinking great thoughts or perhaps his knee was bothering him.

At the last meeting on 11 February 2019 the Library and Seniors' Centre didn’t make it into the top five priorities in the relevant “pillar” but Tom was absent, convalescing.

Today is different. Tom is present and I am expecting to hear him make a persuasive case for including a new Library and Seniors’ Centre as a priority for this Council term.

Other councillors aren’t shy about pushing for the inclusion of priorities that didn’t make the grade at the last meeting.

Bob Kwapis talks about tourism. He is told this priority fell off through the ranking process. But Ian McDougall, the man in charge of this very laboured exercise, reassures everyone. He says the fact that tourism isn’t highlighted as one of the top five priorities in its pillar doesn’t mean tourism won’t be a focus in the future. Oh no no no. Tourism will happen. Lots of stuff will come up in the next four years that didn’t feature in the top five priorities.

But a new Library/ Seniors’ Centre is surely different. No?

A new Library isn’t going to stroll into Town looking for a place to park itself. It has gotta be planned for and financed.

The Mayor, John Taylor, believes the Town has got to live within its means and simply can’t afford a new Library and Seniors’ Centre when it has Mulock Farm on its plate. But he gives councillors the green light to argue the case for their own pet priorities, inviting them to speak up:

“Now is the time to say what we want to move forward on.”

Tom chooses to remain silent. I wonder if that is because he sees the strategic priorities exercise as irrelevant in the context of a new Library/Seniors’ Centre at Hollingsworth. Or is it just the wrong time to raise the issue? Perhaps Tom is being fiendishly cunning.

Tom told me over two months ago that when he had something to say I would be the first to know. And then he told me he was diligently working on the issue.

Maybe Tom will say something when the report on the Town’s strategic priorities is presented to Council for approval in a month or two.

But I rather doubt it.