I support the Town’s acquisition of the historic home once owned and occupied by Sir William Mulock – a larger than life figure whose name still resonates.

In one sense, the Town’s decision to buy the house and the 12 acres of open space around it comes as no surprise. Marion Plaunt, the Town’s former Senior Planner responsible for developing the Urban Centres Secondary Plan, earmarked it for public open space years ago.

The concept plans published in October 2012 (right) clearly show the Mulock property as a neighbourhood park.

I recall the focus group meetings in April – June 2012 when the public was asked to help shape the Secondary Plan for the Yonge/Davis corridors. The report told us

We heard young people say they wanted to see Mulock Farm become a park. (They also wanted Glenway to stay as open space but that is another story and I don't want to drift off-point.).

The Mulock Estate resisted plans to designate the Mulock lands on the North West corner of Yonge and Mulock for parkland and challenged the Secondary Plan at the OMB. They wanted the land to be available for development, presumably on the grounds that it would be worth a lot more than the $24m they are getting from the Town.

The details of the purchase (which will close in October 2018) are set out in the Supplementary Budget on page 247 of yesterday’s Committee of the Whole.

Members also heard from Adrian Cammaert, the resourceful senior planner responsible for arguing the case at the OMB and for getting the project to where it is now. You can see an aerial video of how the property and the landscape might look in future.

We are promised lots of public consultation with the first open house today from 4-8pm at 395 Mulock Drive.

Regional Councillor John Taylor thinks the renovated Mulock House can perhaps be used – at least in the short term – as a restaurant. (No doubt a bit like Cachet which is owned by the Town and leased.) But there will be a thousand other ideas coming forward. 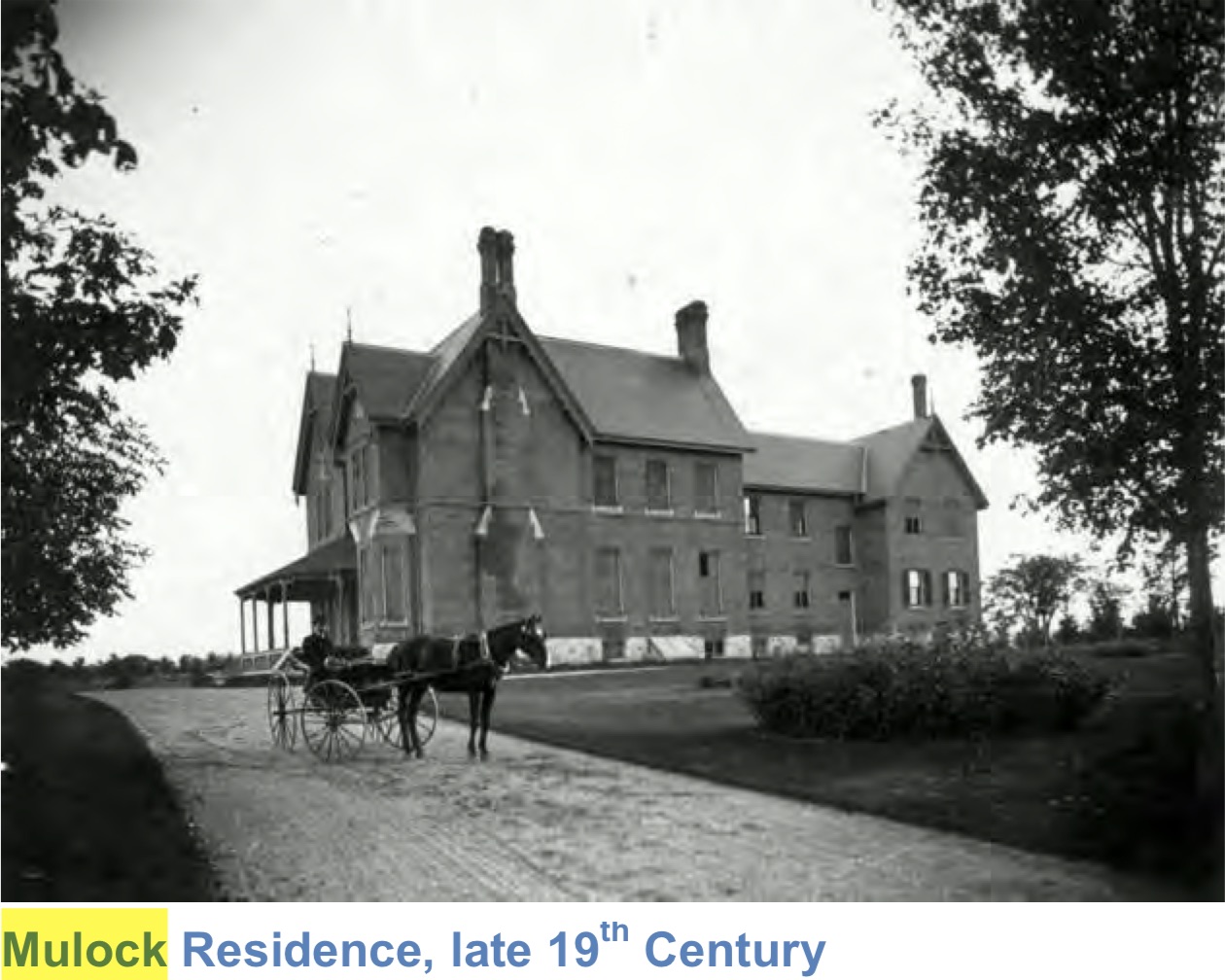 The cost to the Town is around $24m (with taxes and related costs extra) which will be borrowed and paid off over 30 years. Just like a standard mortgage. We were told yesterday the interest costs are close to $30m but the Town's Treasurer, Mike Mayes, has corrected this figure and tells me the borrowing costs are closer to $18m.

This amounts to an annual fixed $47 additional tax for the average Newmarket household for 30 years.

The $47 will not rise with inflation and will therefore erode over time. (I found the Town’s earlier press release a bit confusing in that it seemed to suggest the cost to the taxpayer could be a “one-time $50 per household tax increase”. Not so.)

The Town’s decision to buy was unanimous. Even the departing old banker, Tony Van Trappist, considers it a good investment.

And who am I to disagree with him?

Update at 11pm: People in NTAG (the Newmarket Taxpayers Advocacy Group) tell me the Town’s Treasurer has confirmed the $47 per average household is for illustrative proposes: it is a 2.6% tax increase. Some residential properties may pay more than $47, some less. Businesses, commercial and industrial properties, will also pay, and they pay at a higher tax rate. (Main text updated to make this clear).