The lack of affordable housing in Newmarket and elsewhere in York Region is a big issue that is not going to disappear any time soon. 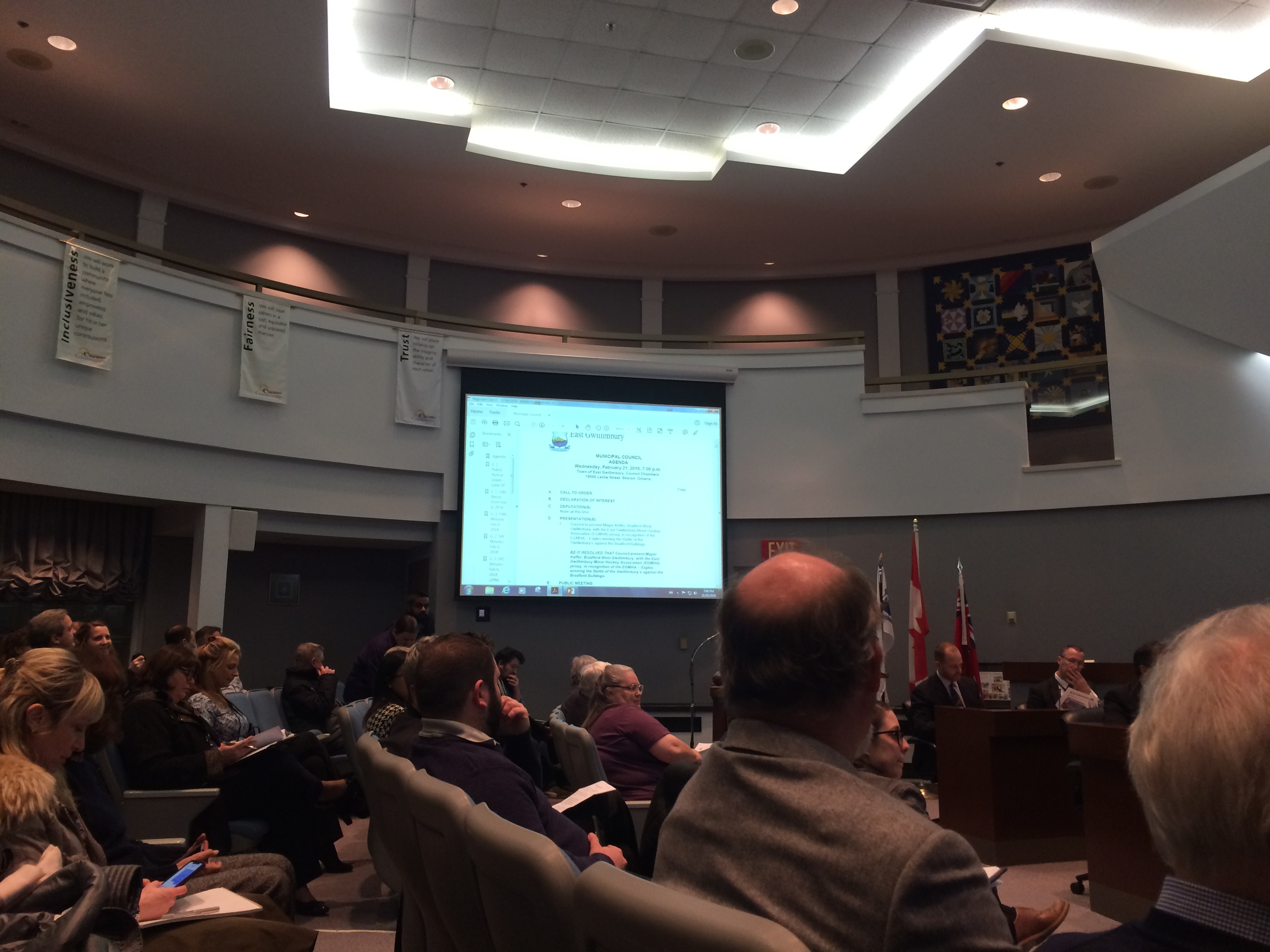 Newmarket’s planners say the 35% affordable target set by the Region for the Yonge/Davis corridors ­cannot be specified or mandated for individual developments but should apply across the whole urban centre area. This means that developers such as Redwood Properties (who want to build on the old Slessor Square site but with no affordable housing component) place huge pressure on later developments to increase the amount of affordable housing they offer.

Next door in East Gwillimbury they are trying a different approach. Their draft Secondary Plan for Green Lane says:

“A minimum of 35% of the units developed in the Green Lane and 2nd Concession Major Local Centre will meet the definition of affordable. The 35% affordability criteria shall be applied on a per property basis, except where multiple properties are being considered for development concurrently.”  (My underlining).

The Major Local Centre referred to above is the area around the East Gwillimbury GO Rail Station.

I am not entirely sure what is meant by the reference to “multiple properties” and “concurrent development”. I rely on ordinary English usage but developers and their planning consultants have their own lexicon so it may mean the opposite of what I think it means.

Anyway… East Gwillimbury’s draft Secondary Plan for Green Lane was up for discussion last Wednesday (21 February 2018) and I wander along to hear what they have to say. For people like me who live in the north of Newmarket what happens in Green Lane arguably matters as much if not more than what happens with the Mulock Drive Secondary Plan in the Town’s south.

Lois Brown is back but what does she think?

The Council Chamber is packed. In front of me sit Newmarket councillors, Jane Twinney and Tom Vegh. Former PC MP Lois Brown sashays into the meeting as it is about to begin, smiling broadly. She wants her old job back.

Maybe she will say something? I’ve seen her at various events but she always seems strangely quiet, rarely offering a view but contenting herself with platitudes.

Before the meeting proper gets under way, the Mayor, Virginia Hackson, points to a colossal 50lb bag of carrots that someone has donated and will be going to a food bank. Now a councillor steps forward, announcing proudly:

“We grow more carrots in my ward than the rest of Canada!”

I am now reflecting on this and conclude it is indeed a mighty achievement.

Anyway… East Gwillimbury’s Planning consultants kick off with a presentation on the thinking behind the Secondary Plan and how it has evolved. Tom Vegh stands up and takes photos of various slides.

The Developers grab the microphone

In the Q&A session the developers and a lawyer elbow their way to the front of the (admittedly modest) queue to make their partisan points while stressing they will be working closely with the Town to get the kind of plan everyone is happy with. Although the Mayor handles things confidently and repeatedly invites the public to come to the microphone, there seems to be reluctance. Only a handful take up the offer. Maybe people were involved in the earlier workshops and are broadly satisfied. Even so, what about the loose ends?

Perhaps a professional facilitator could have made a difference in encouraging people to step forward. The presentation could have focussed on aspects of the draft plan that gave the planners most difficulty. What about the affordability issue? What about the possibility of Green Lane grade separation? Roads affect land use patterns. How realistic are the population projections for the Secondary Plan area in 2031 given the problems in getting the North York Sewage Solutions plant and infrastructure up and running?

Is the Town’s population really expected to quadruple by 2031?