Hollingsworth Arena: back to the drawing board

Plans to redevelop the Hollingsworth Arena site have disappeared in a puff of smoke. 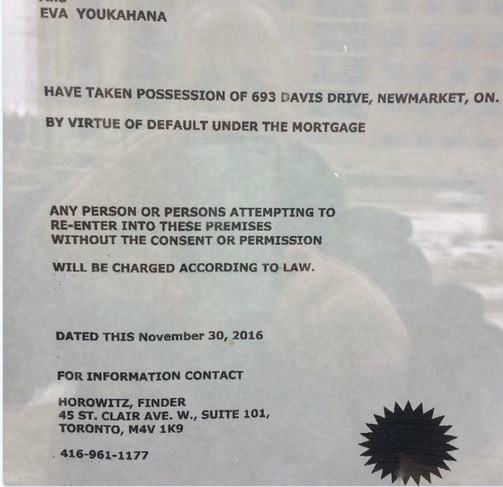 FivefortheDrive today tweets that the swashbuckling developer, Sandro Sementilli, has defaulted on his mortgage on 693 Davis Drive, posting an image of the repossession notice at the property.

A report to Newmarket's Committee of the Whole on 18 October 2016 on Hollingsworth was unexpectedly pulled from the agenda. (See item 4)

The Town's Chief Administrative Officer, Bob Shelton, told councillors there had been changes to the agenda:

“Item 4 regarding San Michael Homes and (the) Hollingsworth property has been withdrawn and will come forward along with the signed letter of intent when that is ready. It should come together.”

Given what we now know, a signed letter of intent isn't going to be coming any time soon.

I blogged about the Hollingsworth saga over a year ago. The presentation and the artwork from the developer's architect Harry Kohn clearly showed two towers. 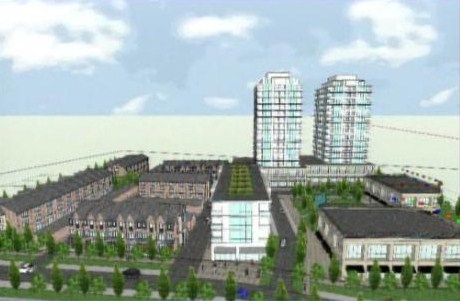 But when Mr Sementilli made his unforgettable partnership pitch to councillors on 20 October 2015 he only ever mentioned one tower.

I remarked at the time that, curiously, no-one picked him up on this.

“Yes, this project is not without risk … but we would be doing our residents a disservice if we did not explore these opportunities to the fullest.”

Perhaps we shall all be told in due course how and why it all went pear-shaped.

It would be nice to know.