I can now confidently predict that Britain’s Foreign Secretary, Liz Truss, will win the Conservative Leadership contest on 5 September 2022 and become Prime Minister, replacing the serial liar, Boris Johnson. (Photo shows Truss in TV debate earlier today when the presenter fainted in front on her.) 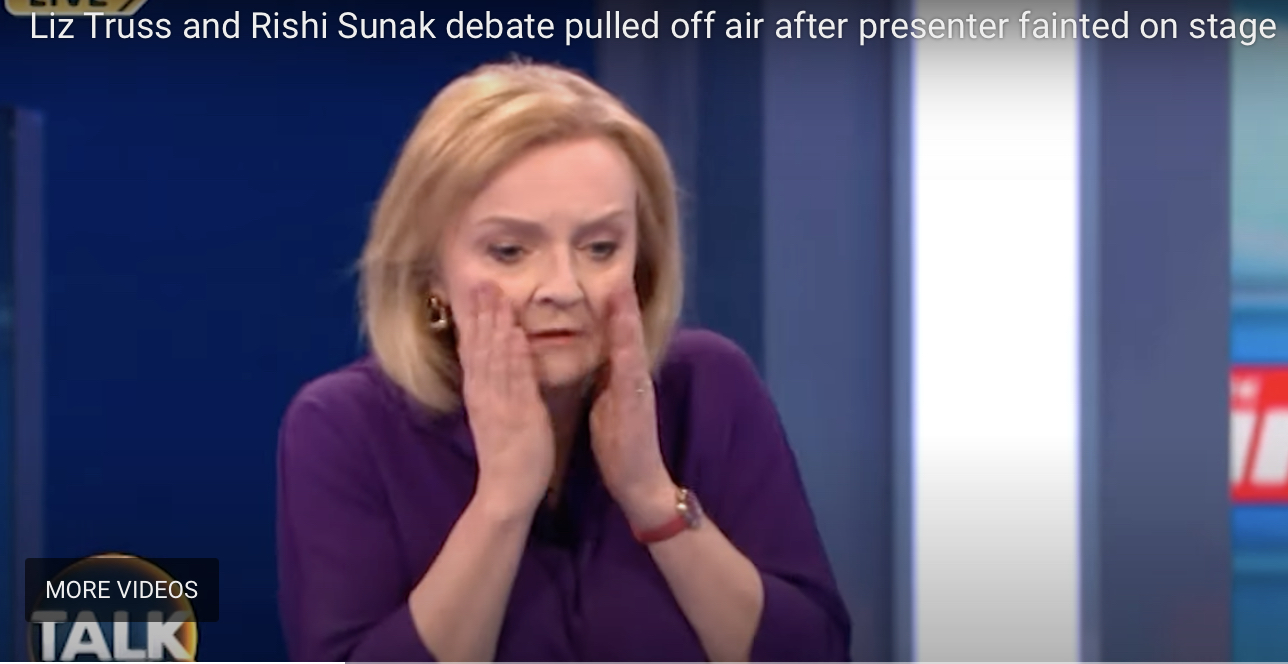 Britain’s next PM will now be decided by a tiny sub-set of the UK population: older, whiter and wealthier than your average Briton. And, by definition, a lot more Conservative. Are they going to vote for the UK’s first PM of South Asian descent?

I don't think so. They will not vote for Sunak – the man who triggered the revolt against Boris Johnson when he abruptly resigned as Chancellor. And until very recently, his wife, who is independently wealthy, did not pay full UK tax on her worldwide income as she claimed domicile in India. This device allowed her to pay tax only on her income which arose in the UK or was remitted (or brought in) to the UK leaving the rest of her vast fortune untouched. The optics are very, very bad.

What it takes to become UK Prime Minister: 92,153 votes

The number of Conservatives who put Johnson in Number 10 is slightly more than the population of Newmarket, Ontario.

In the UK, candidates for the Conservative leadership (and, therefore, for Prime Minister) cannot sell memberships as a way of boosting support within the Party. There is a cut-off date three months before the contest begins, after which members cannot participate in the election. Seems fair enough to me.

Meanwhile, here in Canada the Conservative leadership race chunters on – though, in reality, it is all over bar the shouting.

Stephen Harper has anointed Pierre “bitcoin” Poilievre, the man who is going to make Canada the freest country in the world.

Poilievre sold way more memberships than Brown or Charest or any of the others so he is clearly our “Prime Minister in Waiting”.

It’s game, set and match for the super-salesman.

In time, people will forget that the contest was embarrassing and deeply corrupt.

It's just the way (some) political parties do things.

This email address is being protected from spambots. You need JavaScript enabled to view it.
Update on 27 July 2022: From the Globe & Mail's Andrew Coyne: The CPC has just engineered its own takeover

and the G&M Editorial on 30 July 2022: A leadership race that's no contest 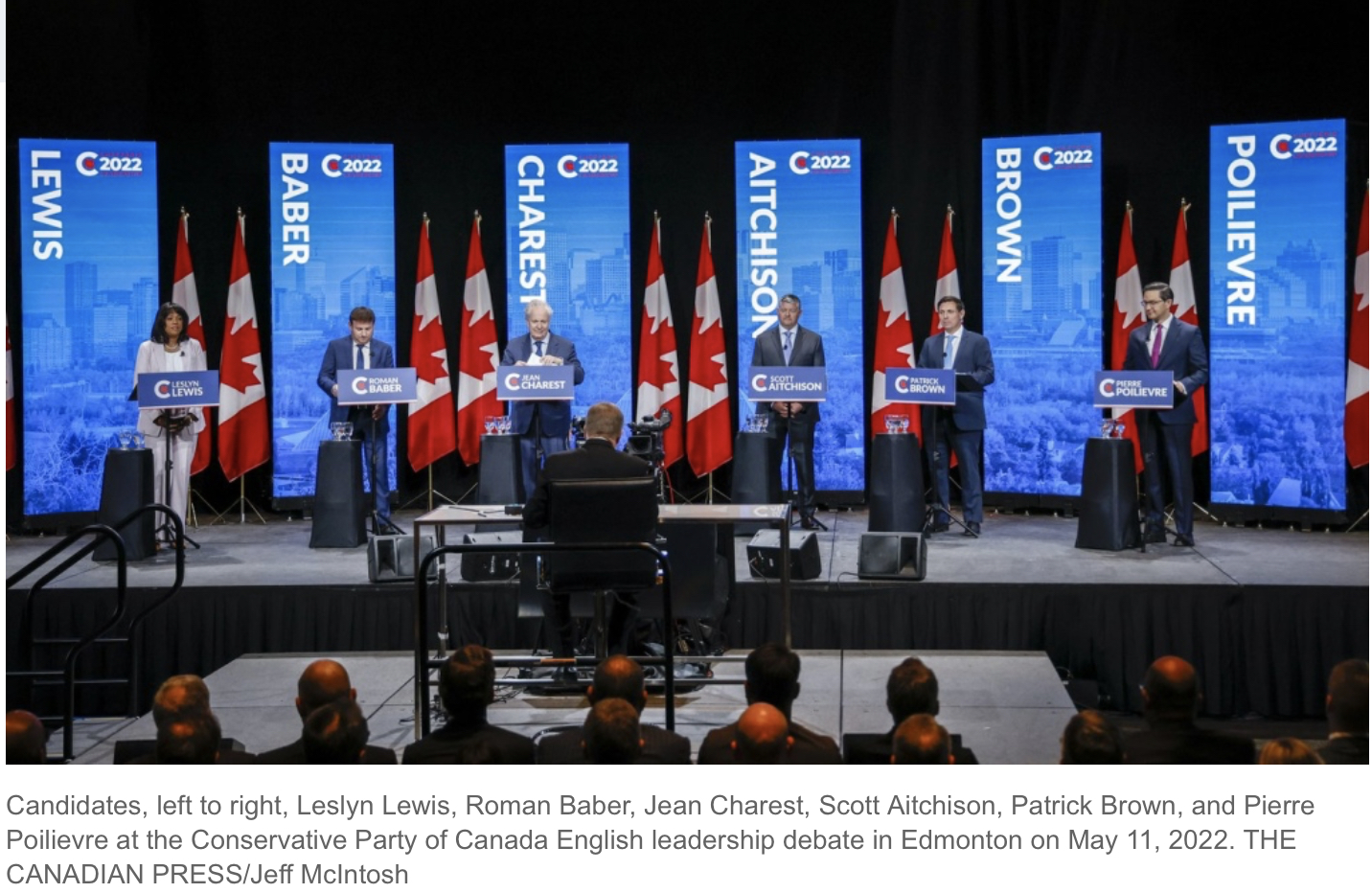