In the summer of 2018 the contractor, Joe Peluso, President of Peltar Paving and General Contracting Company Limited, had a contract with the York Catholic District School Board to reconstruct the car park at the Canadian Martyrs’ Elementary School in Newmarket's London Road. His earth-compacting machinery sent huge vibration waves into neighbouring properties on Harrison Drive (where I live) causing damage. It was so bad one neighbour called the Police. 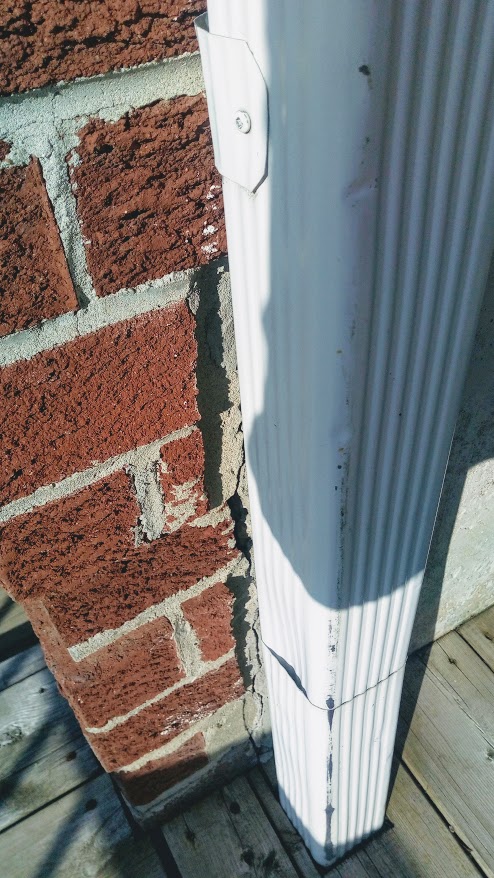 The York Catholic District School Board refused to accept any responsibility saying it was a matter for their contractor’s insurers and ours. Unfortunately, insurance companies do not insure for property damage caused by vibration and ground movement. The only recourse is to go to Court.

But without a pre-condition survey undertaken by the contractor before work begins it is impossible to establish causality. The contractor could say, for example, that the crack on the garage wall was pre-existing. It was there before the work began.

It is for this reason that the Town itself offers pre-condition surveys for the owners of homes adjacent to roads which are to be reconstructed. This happened to us in Harrison Drive in 2014. Fortunately, there was no property damage and everyone was happy.

The Town’s Committee of the Whole on 26 October 2020 will be considering a staff report on construction vibration and what can be done to protect residents from rogue organisations such as the York Catholic District School Board and their agents who cause damage and walk away.

The Town already monitors the impact of construction vibration when new housing developments, for example, are going ahead. But nothing comparable happens when school car parks or shopping plazas are excavated and reconstructed before the asphalt goes down.

It is perfectly clear from the staff report that the overwhelming majority of complaints about construction vibration come from new developments where planning approvals are required. Unlike new housing, the reconstruction of a school car park does not require prior planning approval.

The staff report looks at practice in other York Region municipalities and in Toronto which was a pioneer in bringing in a Vibration Control By-law in 2008. But we are told this is primarily for construction and demolition:

“and does not address vibration impacts from non-Planning Act development (e.g. driveway or parking lot paving)”

We are told that By-law enforcement officers in King and Vaughan regard structural damage caused by construction vibration to be:

“a civil matter and recourse for damage is pursued by (the) private landowner against the other property owner.”

But without a pre-condition survey how can the aggrieved property owner prove the damage was caused by the contractor?

The report recommends amending the Town’s Noise By-law 2017-76 to include vibration. Complaints would be logged by the homeowners and followed up by Property Standards Officers. But what if the earth-shattering vibration and the resulting property damage occurs over a very short period as was the case with us in Harrison Drive? The Town needs to be proactive rather than reactive.

The report says that under this option (amending the Noise By-law):

“Council would also have an opportunity to increase regulations specifically pertaining to vibration. This could include by-law provisions which require vibration to be monitored on large sites that employ construction methods which can result in vibrations being transmitted to neighbouring properties. Other vibration-producing activities (e.g. pile driving) on smaller residential sites could also be clearly established within the regulations of the by-law.”

This hits the nail on the head.

The only argument for delaying its implementation is that this kind of vibration damage doesn’t happen very often and there’s no need to wield a sledgehammer to crack a nut.

I understand the argument.

But, then again, until our homes where shaken to their foundations in August 2018, I never for one moment believed the York District Catholic School Board would walk away from the damage they and their contractor caused.

I hope the by-law, as recommended by staff, gets support and is brought in before the next school car park is dug up and reconstructed by Joe Peluso.

Note 1: My deputation to the Committee of the Whole on 18 March 2019, setting out the sequence of events, is here starting at 1hour and 6 minutes in. The following day I wrote to councillors:

“In my deputation yesterday afternoon I mentioned that I contacted the Town Clerk on 7 September 2018 about the construction vibration at the Canadian Martyrs but, for whatever reason, the report before you only focussed on new-build. I should have said - but didn’t - that Ms Lyons immediately passed my comments on to the Directors of Planning and Engineering. I may have inadvertently given the impression that the Town Clerk sat on her hands when that was certainly not the case.”

Note 2: The video of the debate at the Committee of the Whole on Monday 26 October 2020 is here (2 hours and 46 minutes in). The staff report on Construction Vibration is here.

Note 3: The Committee of the Whole agenda for 26 October 2020 also contained this correspondence from Stuart Hoffman which specifically addresses the issue of pre-condition surveys.

Update on 3 November 2020: At the Council meeting yesterday (2 November) the Town decided today to bring in a permit system to regulate major construction work (to be defined) which generates vibration at an intensity that can damage homes. The details are being worked out by staff but the principle has now been agreed. Councillors deserve a round of applause. A comprehensive report setting out the new system will be considered by the Town in due course. To watch yesterday's debate at the Town Hall click here and scroll to 27 minutes in. The video of the debate at the Committee of the Whole on Monday 26 October 2020 is here (2 hours and 46 minutes in). The staff report on Construction Vibration is here.