Read this first: I quote extensively from the Community Services/Planning & Building Services Report 2012-09 on Intensification in Stable Residential Areas because it is not available on-line. 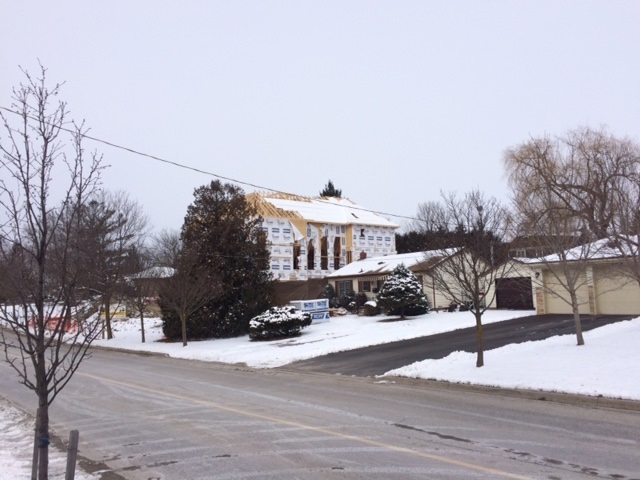 The Monster Home going up at 1011 Elgin Street is in conformity with the Town's zoning by-laws but does it represent "good planning"?

Some time in mid-March, at the request of a councillor, the Town's Director of Planning, Rick Nethery, paid a site visit to the Monster Home going up at 1011 Elgin Street and reported back that it was in compliance with the zoning standards.

I was left wondering how Rick Nethery would feel if a giant house went up next door to him. Would he be delighted? Would he be perplexed?

We know he wouldn't be surprised.

Almost exactly five years ago, on 6 March 2012, a report on intensification in stable residential areas (2012-9) went before councillors. It was signed off by Rick Nethery. He knows the issues.

Councillors should ask for the report to be brought up from the basement for debate, a second time round. It is still very relevant, perhaps even more so now than before.

If I ruled the world I would insist they have another debate. Most of today's councillors were around back in 2012.

In my mind's eye I see a slightly nervous Mr Nethery introducing the old report. He starts by describing the issue:

"Residential trends in Newmarket are shifting from suburban growth to urban intensification and redevelopment. It appears that developers are now searching out oversized lots or remnant vacant lots in older established residential communities with the intent to sever these lots into smaller ones through applications to the Committee of Adjustment and building new dwellings.

"Concerns have been raised regarding the compatibility of new homes or additions to existing homes that comply with the current zoning by-law regulations but are considered to be out of character with the built form of the established neighbourhoods in which they are located.   (The monster home's neighbours shown below) 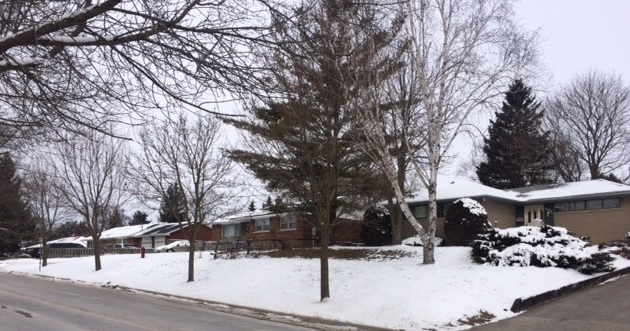 "One of the fundamental objectives of planning and zoning is to ensure compatibility between properties and land uses. Compatibility is achieved by regulating land use and built form. (My underlining for emphasis)

"Residential dwellings have evolved substantially over the past half-century; homes today have greater lot coverage and floor area and are much higher. This disproportion is most evident with intensification developments in low-density residential areas where a new or remodelled home is situated next to one that is approximately 40 to 50 years old."

"While intensification is directed to the Town's urban centres, limited intensification can still occur in stable residential neighbourhoods. If done respectfully, the redevelopment can be of value to the community. However, redevelopment can occur in a manner that does not respect the built form that exists. In older neighbourhoods, the existing lot areas and frontages are large enough to accommodate larger homes while still meeting the requirements of the Zoning By-law. As a result, new development can occur in a form that is inconsistent with the height, building footprint, design and character of the existing residential dwellings in the neighbourhood." (My underlining for emphasis) 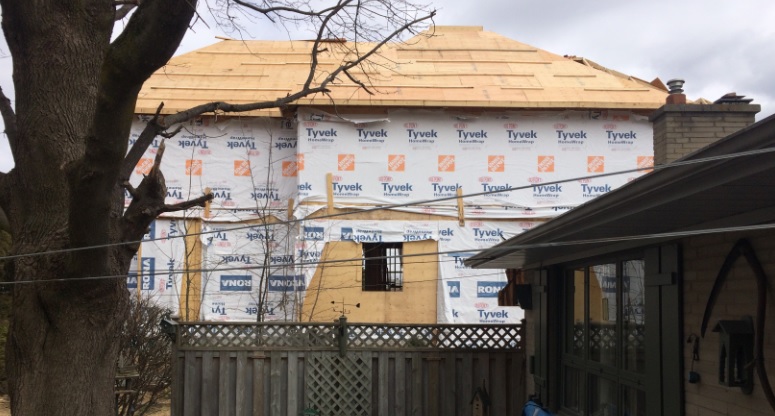 Now Mr Nethery is getting into his stride. He is now talking about the options that are available to Council to address this issue:

"As intensification and redevelopment of existing properties become more common, Zoning By-law 2010-40 could be updated to recognise the built form of neighbourhoods and dwellings that have existed and evolved over several decades. Such amendments may improve the implementation of the intensification and design policies of the Town's Official Plan which require new residential development to be compatible with its surrounding area in terms of scale, height, setbacks and coverage." (My underlining.)

"The principle behind establishing new standards is that the regulations would be reflective of the existing built form for an identified neighbourhood. The minimum lot area and frontage, maximum lot coverage and minimum building setbacks would be similar to the existing dwellings."

Now Mr Nethery turns to the matter of height:

"It should be noted that bungalows and two storey dwellings are compatible from a planning perspective and can be found co-existing harmoniously in many neighbourhoods in Newmarket. One of the keys to their successful interface is to manage their respective heights properly."

"It is a trend in new housing to provide a high roofline that can skew the mass and height of a dwelling. In most circumstances the grade of land in existing neighbourhoods is fixed and as ceiling heights of storeys are relatively inflexible the roofline is the only area to significantly reduce the overall height of the dwelling. The intention behind a proposed height reduction is to establish a proportional relationship with the heights of the dwellings on adjacent properties. This proportional relationship, which is common in older neighbourhoods, can improve the integration of new or remodelled homes in older established areas." 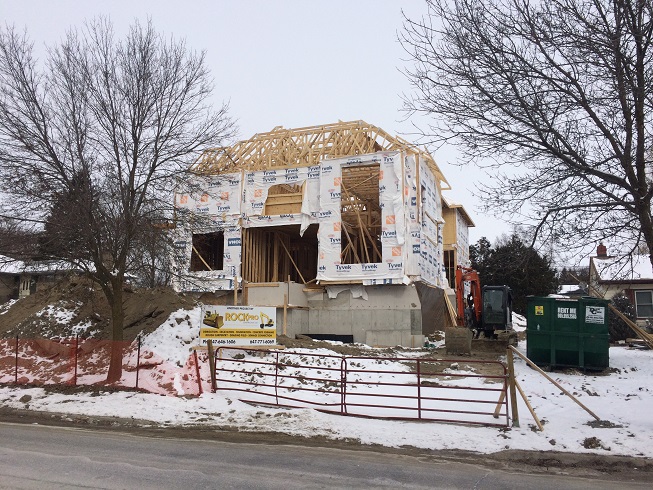 "An example of a height policy that could be included in the Zoning By-law might be that a maximum proposed building height may not exceed the height of the highest points of the rooflines of existing residential buildings on immediately adjoining properties sharing lot lines with the lands subject to new development."

"Any increase in these setbacks may reduce impressions of crowding of the streetscape and lessen the impacts on adjacent owners of newly developed properties."

Now Mr Nethery is moving on to lot coverage:

Now it's time for questions

There are one or two other issues arising in the old 2012 report but now Mr Nethery has finished his presentation and is inviting questions.

How did policy on new developments in stable residential areas change or evolve in the light of Report 2012-09?

The side yard setback has not changed for properties in zone R1-C. Given the new developments we see in R1-C - such as 1011 Elgin Street - was that a mistake?

Is it now Official Town policy to allow monster homes to be built in low rise stable residential neighbourhoods where they stick out like a sore thumb and tower over adjacent properties?

Does the Director of Planning ever put himself in the shoes of someone living next door to a monster home?

Is it fair that someone living next door to a monster home under construction has to employ his or her own qualified Ontario Land Surveyor to check the property complies with the Town's zoning by-law?

Is 1011 Elgin Street an example of a "respectful development"?

Does he consider the present situation satisfactory? If not, what would he recommend?

And, coming full circle, does the new building going up at 1011 Elgin Street represent "good planning"?