Black Lives Matter: Why are there still statues to slavers?

On Sunday, in Bristol, England, the statue of the slaver Edward Colston (1636-1721) was toppled and thrown into the docks which once berthed his slaving ships.

For years, people had been calling for Colston's statue to be removed.

But nothing happened and a jubilant crowd took matters into their own hands. The statue fell after a few tugs. 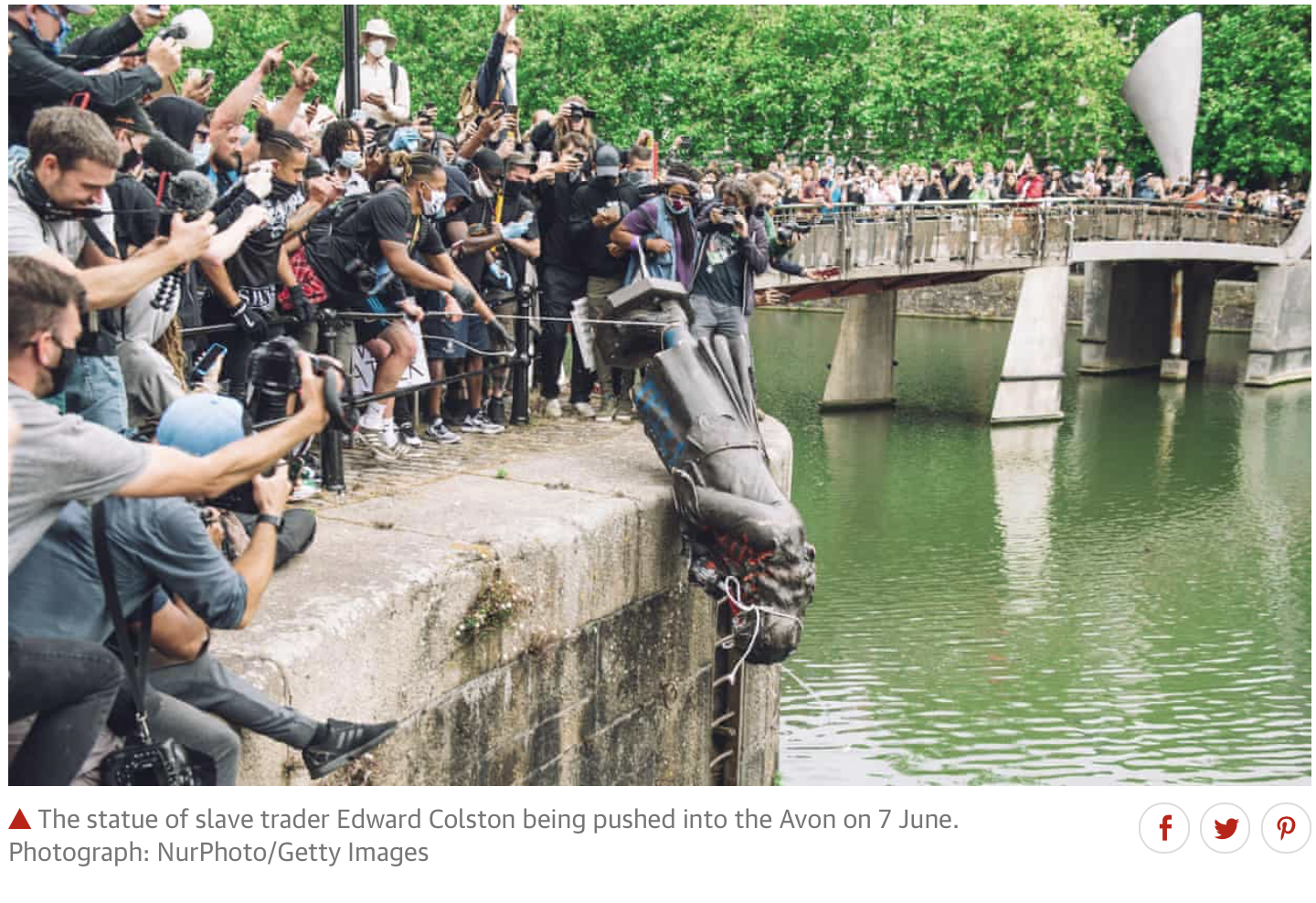 Colston was a “merchant and philanthropist” whose wealth, in large part, came from buying and selling slaves. The Oxford Dictionary of National Biography tells us he was

“a strong tory and a high-churchman who attended daily service at the cathedral when he was staying in Bristol.”

Alas, we do not know if he ever prayed for the souls of the slaves he traded.

He was deeply involved in the Royal African Company whose initials, RAC, were branded on the chests of slaves, including children over the age of six.

Now, as a result of what happened in Bristol, statues all over the UK are being looked at in a new light. The Globe and Mail tells its readers that an uprising against racism "brings statues, symbols down in Britain."

Some statues will survive but they will get new plaques to set their history in context.

Many British merchants and their companies grew fabulously wealthy on the back of the slave trade. Cloth and manufactured goods were shipped to West Africa in exchange for slaves who would work in the sugar plantations of the British West Indies. The sugar (and later cotton) was sent back to Britain. This was the so-called triangular trade.

The British Parliament abolished the Slave Trade in 1807, discounting the protests of those directly involved who predicted its abolition would bring ruin to themselves, the colonies and to Britain.

But it was not until 1833 that the ownership of slaves in the British Empire was made illegal. (The position of African slaves brought to Britain by their owners was until then ambiguous.)

Vast fortunes were made on the backs of slaves and, in a fascinating project, University College London has mapped the legacies of British slave ownership.

In Edinburgh, where I grew up, there are countless streets and monuments that link directly or indirectly to the slave trade. When I was a boy I never gave this a second thought. The horrors were never part of the history curriculum, showing the dark side of British imperialism.

Of course, terrible events in history cannot be re-written or wished away. But they can be put in context and we, in our time, must do what we can to put things right. The University of Glasgow has agreed to pay £20M (CAN$34M) in reparations, acknowledging it benefitted from bequests from those involved in the slave trade.

This is a start.

(Below from the British Library: detail from a slave ship).

The Colston statue should be recovered from the River Avon and moved to the Museum of Slavery in Liverpool.
Update on 11 June 2020: Colston statue retrieved from Bristol Harbour.

0 #1 Dan Desson 2020-06-15 23:49
Thanks for the history lesson. I assume they do not fly the Confederate flag on British houses or cars.
Quote
Refresh comments list
RSS feed for comments to this post