Yesterday (Friday 31 May 2019) the Common Ground people staged another of their rolling demonstrations outside Christine Elliott’s office in Newmarket. 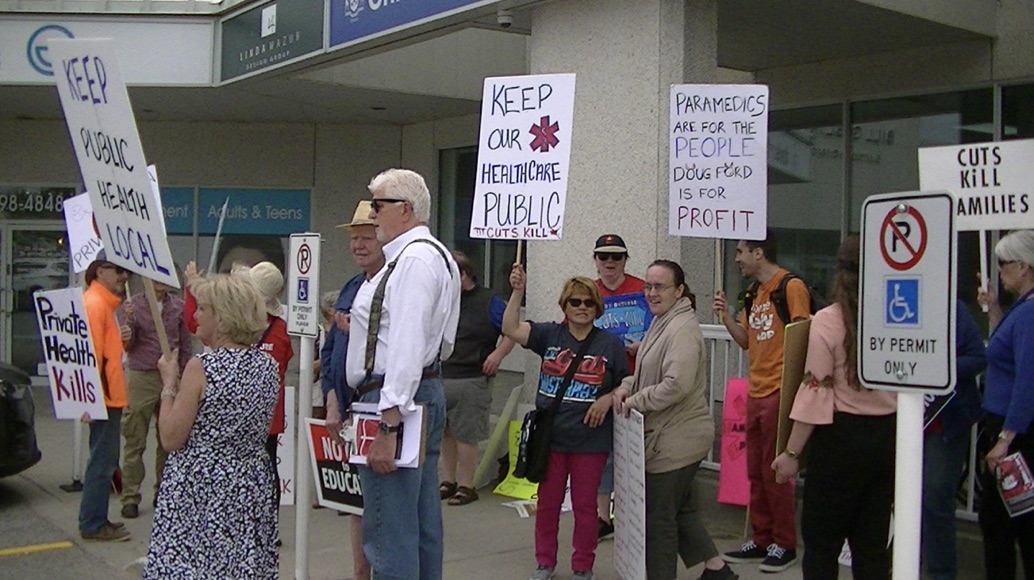 I spot a new face behind dark sunglasses in animated conversation. Under his arm is a clip-board with a leaflet calling for an end to cuts to legal aid.

I decide I gotta speak to this guy who looks as if he has a story to tell. As I approach he thrusts a little piece of paper in to my hand which tells me about Ontario’s multi-billion dollar debt. The last line reads:

“What is it about this that you do not understand??”

I suggest it is probably a bit more complicated than 17 words on a Post-it size piece of paper.

He shakes his head. No.

Last year during the Provincial election campaign I recall Chris Ballard reminding us that Mike Harris spent 15.5 cents of every dollar on debt interest and the (then) Liberal Government was spending 8 cents. At the time I thought it was a good debating point. Other things being equal, it is better to have less debt than more debt but sometimes Governments have to borrow to invest. They don’t want to raise taxes or (in the case of the Federal Government) print money - the only alternatives to borrowing. Sometimes Governments choose to increase public debt by taking over (or nationalising) private debt.

That’s what happened in the UK. I lived through it and remember it well. In September 2007 at the start of the global financial crisis, we saw the first run on a British bank in 150 years. The Government stepped in to save UK banks from meltdown, guaranteeing all deposits. Bank shareholders never lost a single penny and their private debts were taken over by the State. £137 billion of public money (around CAN $233 billion) was spent between 2007 and 2009 to stabilise the financial system and prevent economic collapse.

In some shape or form this was happening around the globe, even in the United States where the contagion started. 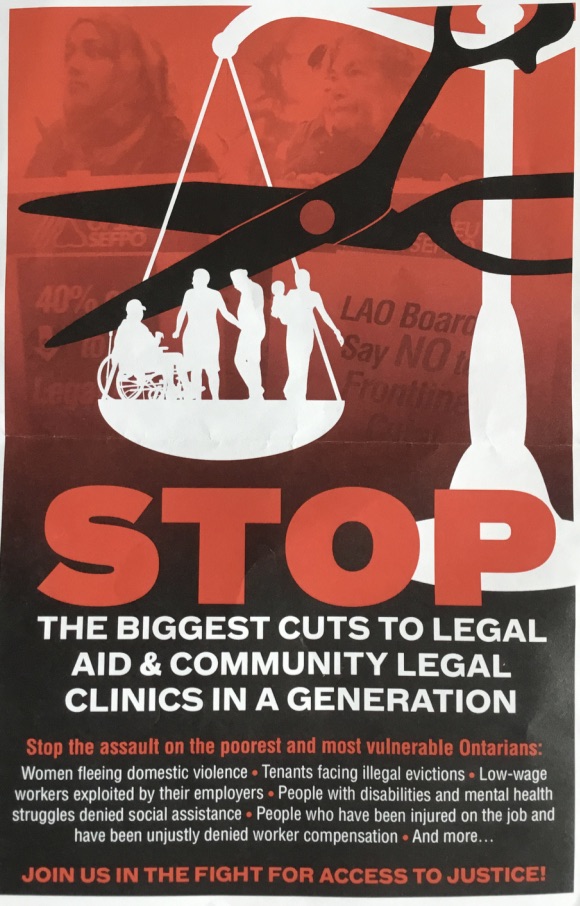 The man-in-the-white shirt concedes that’s a difficult one. Hmmm.

Even in Canada, which weathered the global financial crisis relatively well, debt went up.

Anyway… I ask the man-in-the-white-shirt if I can read the leaflet on his clipboard. He decides he doesn’t get along with me and testily says no. I am immediately given another copy by someone standing close by. I ask him why he has the leaflet and clipboard and he says he is going into Christine Elliott’s office to talk about it.

As it happens, Elliott, a lawyer herself, has spoken out about access to the justice system. Back in 2009 she was worried that plans to harmonize the PST and the GST charged on legal services would result in higher legal costs for “hard-working Ontarians”.

She fires this broadside at Attorney General Chris Bentley:

“Why is your government making it even harder for Ontarians to have access to our justice system?”

“Why is your government putting even greater stress on an already strained legal system and putting more vulnerable Ontarians at risk?”

“Access to legal services is becoming ever more remote in this province.”

Ford’s 30% cut to the legal aid budget this year will, of course, make access much easier.

This email address is being protected from spambots. You need JavaScript enabled to view it.a