Just days before the OMB pre-hearing on the Clock Tower we know there has been deception on a grand scale. We have all been led up the garden path.

Was it just a rogue planning department with its own agenda or does it go further?

Last week I received an email from the Town's Legislative Services Department giving answers to questions I had asked some time ago. The author is not identified so I use the word Town instead. My questions together with the Town's answers are shown at the bottom of this page.

The Town now concedes that:

"after review... a FSI of 4 would more accurately describe the proposal".

Question. When was this "review" undertaken?

The Clock Tower FSI has been a matter of debate and contention for months if not years. Siegfried Wall has repeatedly raised the issue. I have taken a deputation to Council on the development's FSI and invited questions from the Mayor and Councillors. There were none. (On video at 39 minutes in.)

Ontario's Ministry of Housing tells us the Floor Space Index is:

FSI is a tool used by planners to regulate density of development.  Broadly speaking, this correlates to the number of people living and working in a specific area. Pick up any Newmarket Planning document from the Secondary Plan and the Official Plan to the Zoning By-law and the three letters "FSI" are everywhere. Despite this, there is only a fleeting reference to FSI in the report of 28 November 2016 that went up to councillors for decision.

There was no commentary on the FSI and how it was calculated. No mention of density. And there was no indication that the true FSI was 4.

The bigger the better 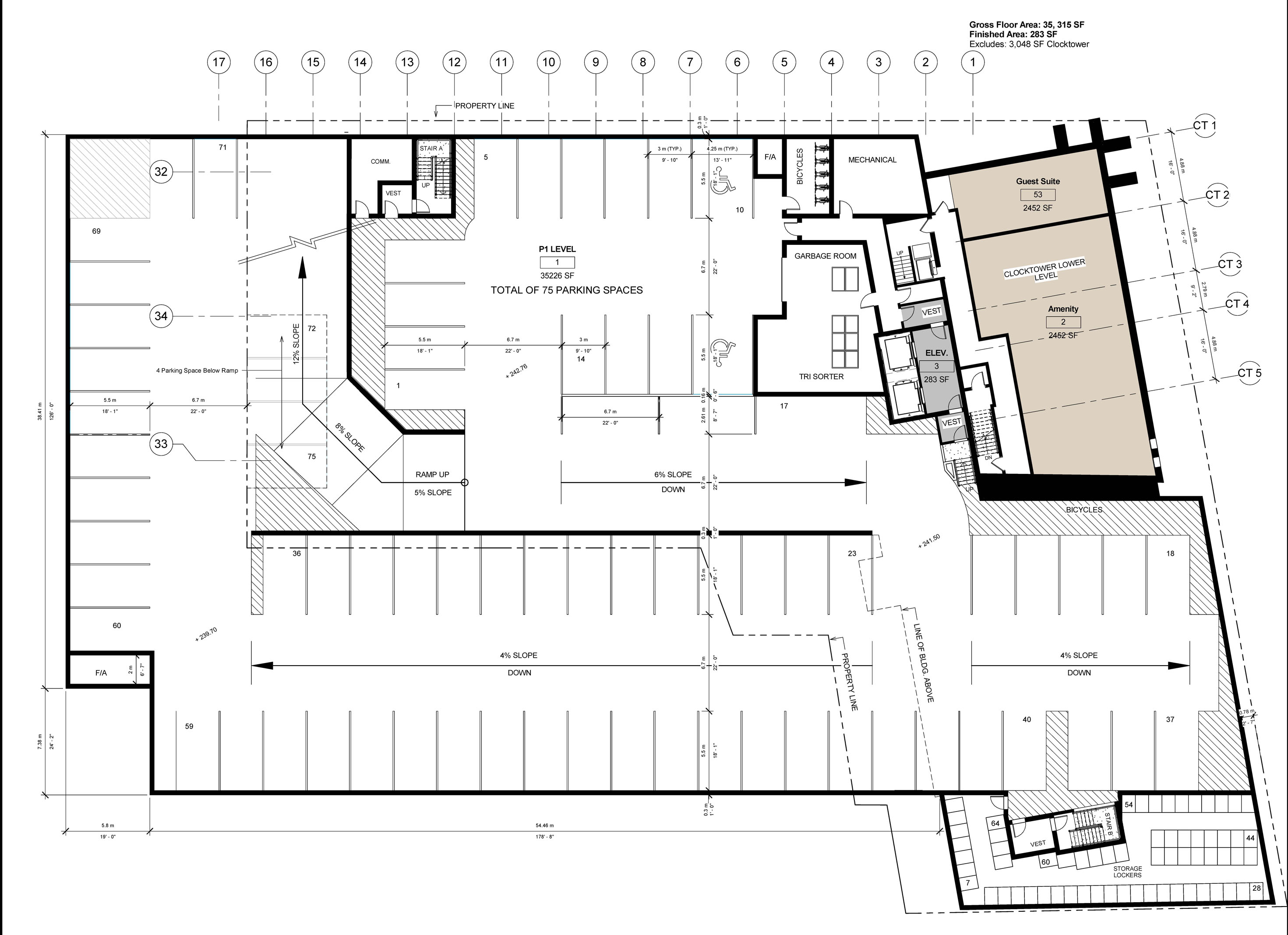 Bob Forrest wanted as big a development as he could get away with. One with lots of units. That's the way to make money. Forrest and his loyal lieutenant Chris Bobyk made any number of statements over the years making it clear that their various developments were not viable and could not be financed if they didn't get approval for a minimum number of apartments. The denser the better.

As we have seen, developments in the historic downtown should be no more than three storeys with an FSI of 1.0.

The Town now tells me the failure to address the issue of FSI was not an oversight. Siegfried Wall's comments were taken to mean he was concerned the development was much too large and was incompatible with the surrounding area. Anyone viewing the video record of the Statutory Public meeting on 9 May 2016 (at 2 hours 33 minutes in) will see he specifically raised the issue of density and dwelt on it, concluding the development's FSI was four times the permitted FSI - a position the Town now accepts as correct.

At Monday's Council meeting (24 April 2017) I asked the Mayor if he had been aware of the potential for manipulation of the Clock Tower development's FSI. I reminded him he described the report of 28 November 2016 as "comprehensive". (The video is at 29 minutes in.)

I said the report was misleading because it gave an FSI of 2.9 for the Clock Tower development when the Director of Planning knew it to be much higher. The true figure was not in the report and I asked if he was aware of that deception.

"I take exception to you using the word deception. And I also take exception for you inferring it was misleading information. And you need to be prepared to defend that.”

As a fact, we know the developer calculated his bogus FSI by using underground land in the ownership of the Town which lies outside his lot. The Town now concedes that using underground parking is not permitted by the Town's Zoning By-law 2010-40.

As a fact, we know the Planning Department did not specifically discuss the FSI with Forrest's Heritage Consultant, Goldsmith Borgal, nor with the Town's peer reviewer, ERA Architects. 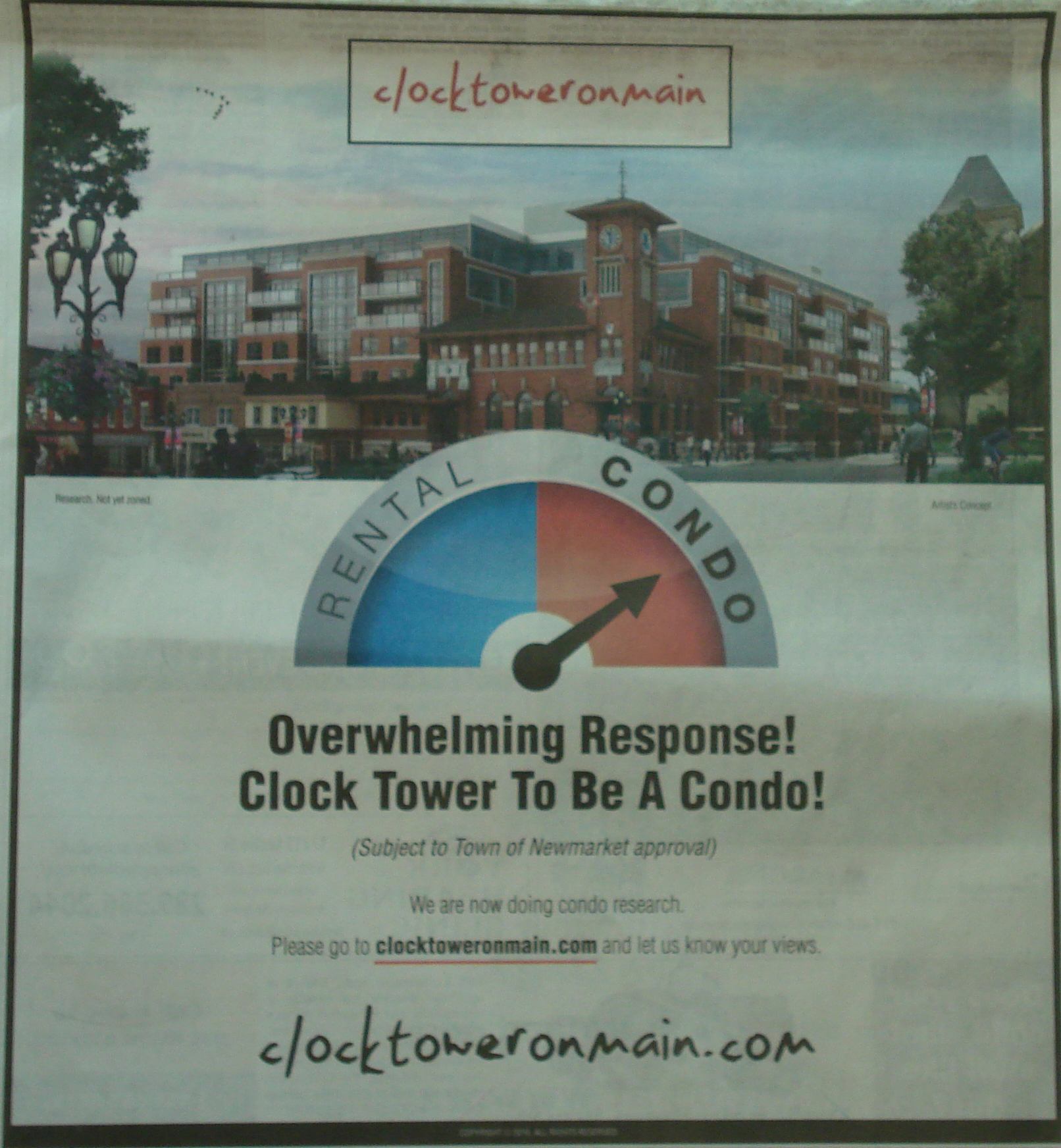 As a fact, we know the Gross Floor Area (which is central to the calculations for determining FSI) should not include underground parking areas either inside or outside the applicant’s lot.

Despite all this, the Town says the recommendations of the report would have remained the same as the more relevant focus of the report from a planning perspective is on height and massing.

In the absence of any other plausible explanation, it seems perfectly clear (at least to me) that the Town's planning department was working to an agenda designed to secure approval for Bob Forrest's Clock Tower development.

The fact that it all went pear-shaped at the very end and the planners had to come up with a compromise - which was rejected by councillors - is neither here nor there. The deception was prolonged, sustained, deliberate and unapologetic.

Question:  In the section of the comprehensive Staff report on Community Consultation no reference was made to the point made by Siegfried Wall at the Statutory Public meeting on 9 May 2016 and, again, on 28 November 2016 that the FSI of the development (without factoring in Town owned land) was over 4. Why was that? Was it simply an oversight?

Town's Answer: The report did not discuss the details of the proposed FSI and calculations. I would not consider it an oversight as I understood the point of Mr. Wall’s comment to be that the proposal was much too large and not compatible with the surrounding area, which was the entire thrust of the report when discussing building height and massing.

The report did not identify and answer each question or comment provided from public consultations, but rather grouped comments into themes. The report provided an in depth review of the proposed height and step backs along with their impacts as this provides a more telling and accurate visual of what is being proposed. As you know, a building can take many different forms (height and coverage) while still meeting a particular FSI.

"The calculation of gross floor area shall not include the floor area of underground and above grade parking structures, bicycle parking, or public transit uses, such as stations or waiting areas."

You told me on 2 December 2016 the underground parking space was used to calculate the FSI of the Clock Tower development. Is it the case that the italicised extract above only applies to the Secondary Plan area or is it policy across the Town.

Town's Answer: With regard to your question on the definitions relating to Gross Floor Area to clarify, the gross floor area as defined by the Zoning Bylaw and the Secondary Plan does not include underground parking areas.

Gross Floor Area means the aggregate of all floor areas of a building or structure above or below established grade, which floor areas are measured between the exterior faces of the exterior walls of the building at each floor level but excluding any porch, veranda, cellar, mechanical room or penthouse, or areas dedicated to parking within the building. For the purposes of this definition, the walls of an inner court shall be deemed to be exterior walls.

Floor Space Index means the gross floor area of all buildings on a lot divided by the lot area.

Definitions in the Newmarket Secondary Plan:

The Land Area to be used for calculating FSI shall include all lands used for buildings; off-street parking and servicing areas; private streets and driveways; lands conveyed to the Town for underground hydro; private landscaped etc etc... and exclude public streets etc etc...