Last week I wrote that the peer review of the Heritage Impact Assessment - commissioned by Bob Forrest from GBCA (Goldsmith Borgal and Company Ltd) to support his Clock Tower application - was worse than useless.

In fact, the work of the peer reviewer is so shoddy the Town should terminate its contract with ERA Architects forthwith. 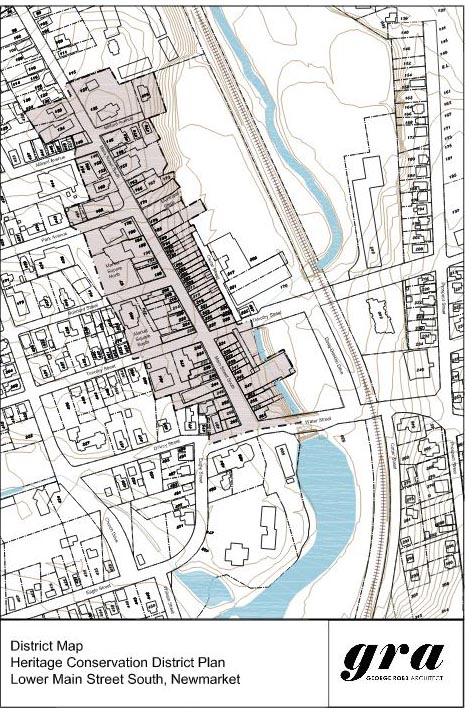 ERA have carried out two peer reviews of Forrest’s proposed Clock Tower development. The first on 22 July 2014 when Forrest was pushing for approval of a nine storey condo.

The second review on 4 May 2016 comments on the latest 7 storey rental building. (You can read them here.)

In 2014, when Forrest was trying to get approval for a nine storey condo, ERA Architects reviewed the conservation strategy proposed by GBCA noting:

“The (GBCA) document concludes that the proposed development achieves a balance between the heritage and intensification goals of the Town by setting the nine storey building outside of the Heritage Conservation District boundary, thus maintaining the Main Street South streetscape.”   (My underlining.)

In fact, the proposed nine storey building was never going to be outside the Heritage Conservation District.

“ERA Architects Inc agrees with the recommendation to relocate the massing away from the low-scale heritage buildings along Main Street South and notes that it is an improvement on the previous proposals.”

ERA goes on to recommend the nine storeys be reduced to six for these reasons:

“A six storey height limit is appropriate based on height permissions contained within the UC-D2 zone, which is found on lands immediately adjacent to the westerly portion of the development site to the rear of the Main Street properties.” (My underlining.)

In the 4 May 2016 peer review, ERA Architects observe:

It is only appropriate if you disregard the current UC-D1 zoning which covers the entire Clock Tower development footprint (which limits new development to three storeys or nine metres) and use instead the zoning for the adjacent piece of land, not in the ownership of Bob Forrest, which falls into zone UC-D2 where the limit is six storeys or 18 metres.

This is contorted logic.

ERA is bending over backwards to accommodate the developer while ignoring the Town’s relevant zoning by-law.

Retaining ERA Architects as the peer reviewer for the proposed Clock Tower development no longer serves any useful purpose.