The Provincial Election Result in Newmarket-Aurora

The result of yesterday’s Provincial election in Newmarket-Aurora was never in any doubt. 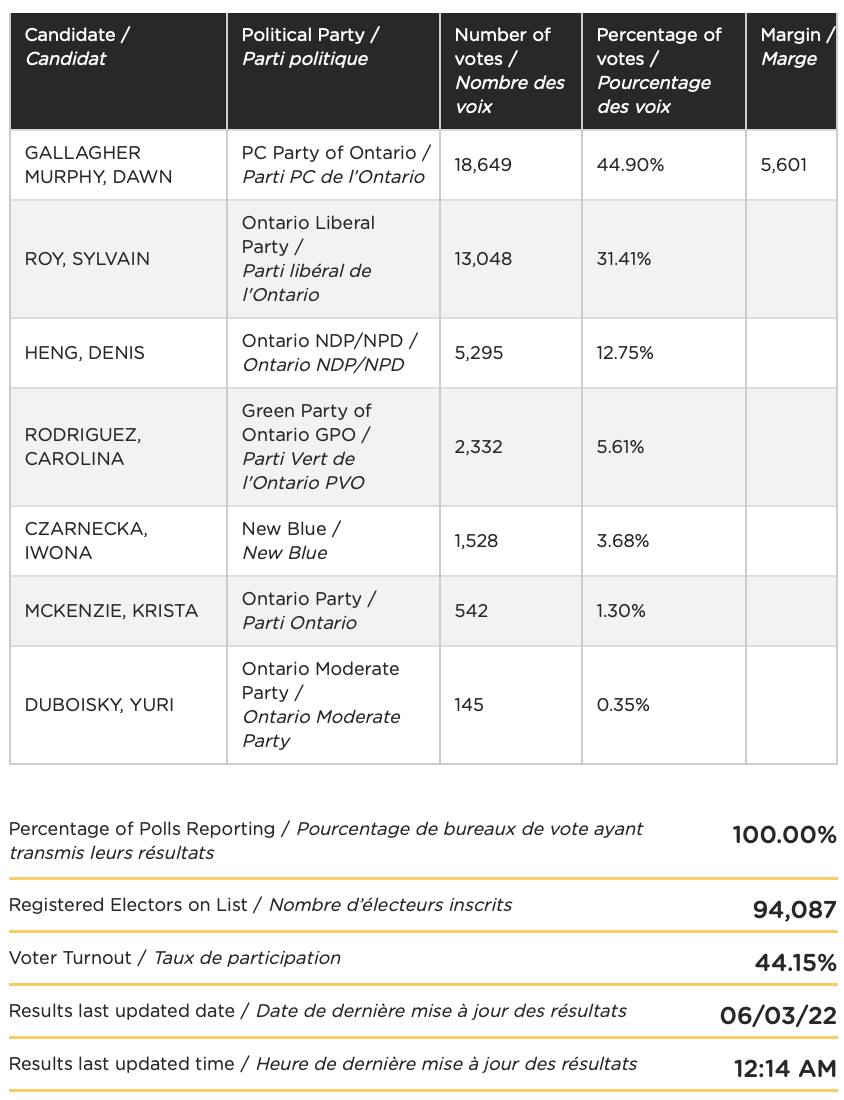 The PC candidate romped home with 45% of the votes cast despite a lacklustre campaign in which she boycotted candidates’ debates and declined to give interviews to the media.

Turnout is lowest ever

The second big story of the election is the collapse in voter turnout. 57% of voters in Ontario couldn’t be bothered to vote – the lowest turnout ever.

The low turnout skews the results. Those determined to vote tend, on the whole, to be Conservative leaning voters.

Comparisons with the last Provincial Election must come with caveats. The Liberals then were uniquely unpopular.

Ford’s PCs refused to engage in debate and it was left to the other parties to fill the void – and here in Newmarket-Aurora they did so by agreeing with each other on many of the big issues. At the Newmarket Chamber of Commerce debate, all the candidates were against the Bradford Bypass so the sparks didn't fly. Gallagher Murphy, in favour, wasn’t there to defend her position.

It was inevitable that Andrea Horwath and Steven Del Duca should announce their resignations as Leaders of their parties last night. The prospect of Horwath staying on for a fifth election campaign in 2026 as NDP leader was never on the cards. Too many voters just tuned her out. They had heard her anecdotes from the campaign trail a million times before and they had become jarringly familiar.

Del Duca had some good policies but he never set the heather on fire.

His policy to ban handguns within a year of taking office and his “buck-a-ride” promise could have grabbed the voters’ attention but didn’t. Ford’s licence plate rebate got a lot more coverage, for and against.

Del Duca had to make the political weather and get noticed. But it never happened.

We shall see how Ford plays the hand the voters dealt him. Defensively, I hope. Both for his sake and ours. With such a solid majority he could do a lot of damage.

I shall be fascinated to see how my new MPP, Dawn Gallagher Murphy, settles into her new role.

Will she keep constituents waiting months for an appointment? Will she speak out on the big issues of the day? Or will she follow Ford’s talking points, never daring to step out of line with the man who appointed her as PC candidate?

To have travelled so light so far is a remarkable achievement.

Saying nothing about anything is clearly a winning strategy.

Update at 4pm on 3 June 2022: From Newmarket Today: Newmarket-Aurora reacts to Conservative win.

Update on 4 June 2022: From Newmarket Today:  "Gallagher Murphy rides blue wave to victory in Newmarket-Aurora" From the Toronto Star editorial: "Parties share a lot of the blame for record low turnout" And from the Globe and Mail: "Record low turnout is not a good sign for our democracy."

Update on 7 June 2022: From the Globe and Mail editorial: Ford won the election by becoming a fiscal yes-man.

Update on 7 June 2022: In a video post on Twitter Dawn Gallagher Murphy thanks voters in Newmarket-Aurora for their support

And what happened last time: 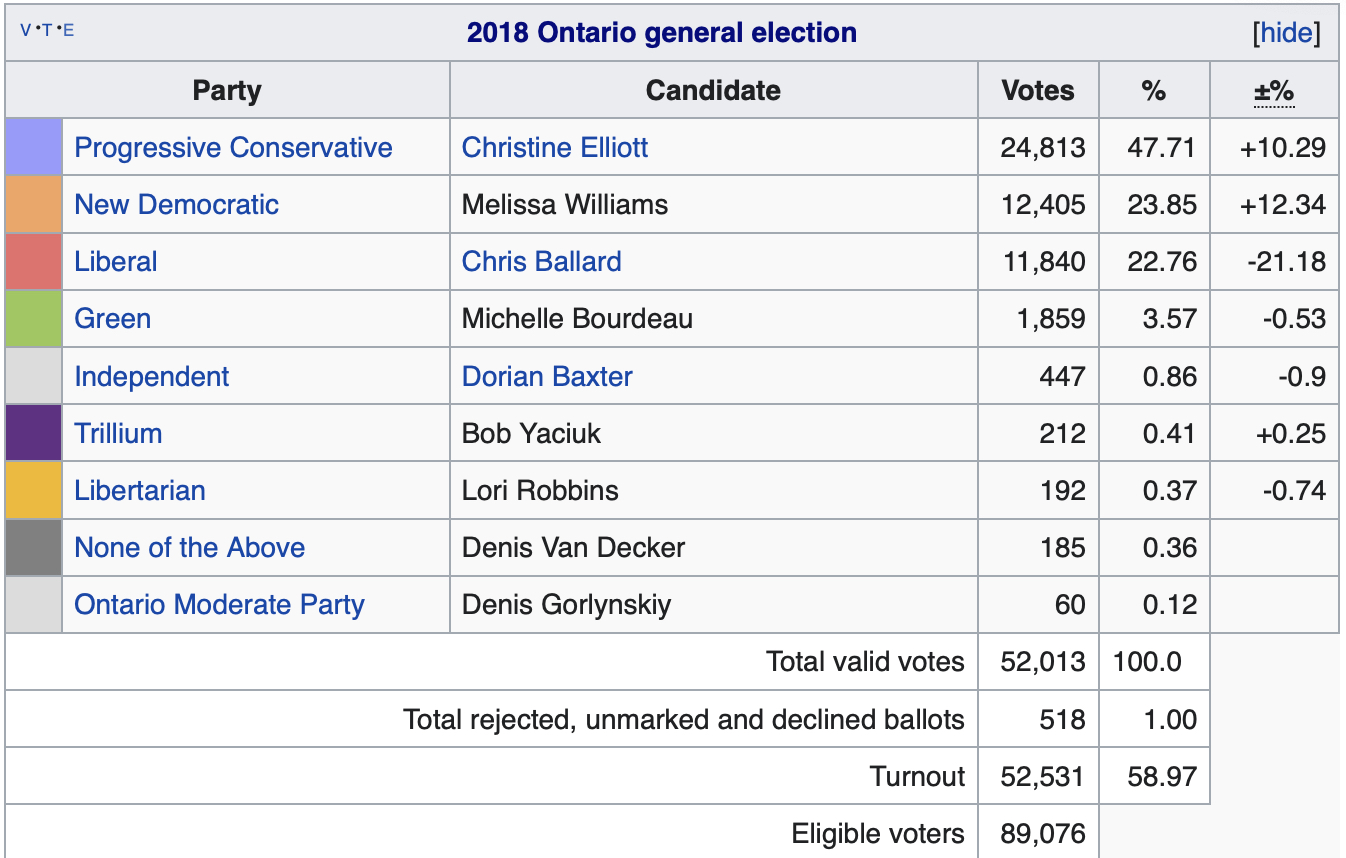