Above: From this week's Era Newspaper.

For as long as anyone can remember former Newmarket-Aurora MPP, Christine Elliott, has made a very big deal about Provincial deficits and debt. They've featured in countless speeches. 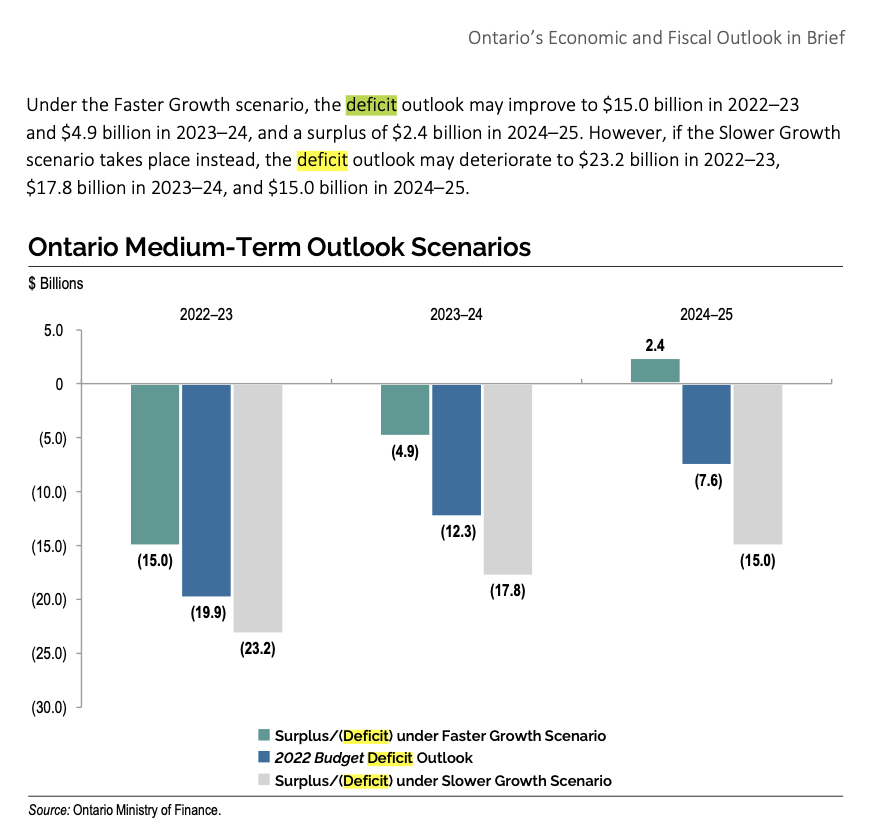 In her winter newsletter in 2019 (see below) she said the new Ford Government was addressing the fiscal challenges they inherited from the Liberals – notably the $15B debt (sic).

(In fact, she meant the annual deficit which is a mere fraction of the Provincial debt which has accumulated over decades. A deficit occurs when the Province spends more than it gets in revenues.)

Ford has thrown all the old Conservative shibboleths overboard. He loves to be loved and he is going for broke.

Buck-a-beer now wants to spend more on everything.

Not just on Covid.

Gallagher Murphy will get it done!

Christine Elliott’s office manager and PC candidate for Newmarket-Aurora, Dawn Gallagher Murphy, is straining at the leash to spend.

But how does this square with the long-held views of her former employer, friend and mentor, Christine Elliott?

“deficit financing is anathema to Conservatives”

because running a deficit

“means that we are paying more and more in interest payments”

debt of over $17,000 each for every man, woman and child in Ontario. That’s serious. It’s something we need to get a hold of.

“There’s no money to spend. Ontario’s broke right now. We need to get this under control, and it’s not likely that it’s going to happen under this government.”

I am left wondering if Dawn Gallagher Murphy has a view.

Postscript: Should we believe Ford’s forecasts? 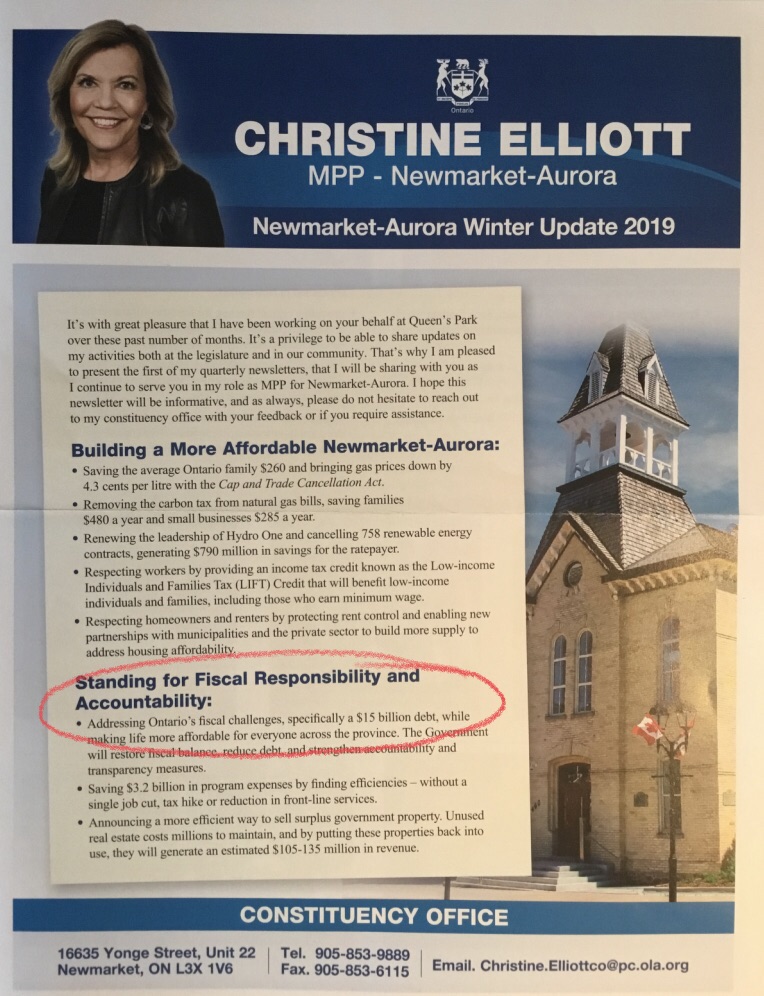