Harold Kim may be a household name in Aurora where he is the Town’s Deputy Mayor but up here in Newmarket he is an unknown quantity.

So it saddens me to see him stay away from the candidates’ debates which offer him the perfect opportunity to introduce himself to the voters.

Kim was a no-show at the Aurora Chamber of Commerce election debate on 8 September and he is not listed as a participant at the debate on Tuesday 14 September 2021 which is being hosted by Aurora Public Library.

Yesterday I emailed his campaign office via his website:

Aurora Public Library is holding a meet the candidates event on Tuesday 14 September 2021 from 7pm til 9pm. I notice that Harold is not listed as a participating candidate. Is there any reason for this?

Harold was also missing from the candidates’ debate hosted by the Aurora Chamber of Commerce. Was there a reason for this?

In his closing remarks at the Chamber event, the Liberal candidate, Tony Van Bynen, said Harold’s absence suggested he was taking the support of the business community for granted. Isn’t he?

Clearly, the Conservative strategy is to stay away from candidates’ debates.

Part of a pattern

Leona Alleslev, the Conservative candidate for Aurora-Oak Ridges-Richmond Hill will also be boycotting the Aurora Library event. This is all part of a pattern.

The Toronto Star is covering the election in York Region. This morning I learn:

“Alleslev declined to do an interview with the Star for this story. She also did not respond to a request for biographical and campaign information from Torstar reporter Kim Zarzour or answer questions Zarzour put to all the candidates in the riding about truth and reconciliation, the climate crisis, the pandemic and whether or not they would consider crossing the floor (or in Alleslev’s case, consider crossing the floor again).”

(Alleslev was first elected as a Liberal but crossed the floor to the Conservatives.)

I don’t know if I’ll get a reply from Harold Kim or those who manage his campaign.

But they should know they are making a big mistake in refusing to engage with the issues, except at arm’s length.

Up here in Newmarket, Kim needs all the exposure he can get. I’ve had one election flyer from him. And his on-line presence is lacklustre.

Contrast this with Tony Van Bynen who has spent two years blitzing us with taxpayer-funded report-backs and repackaged Government statements on Covid and much else besides.

These have morphed seamlessly into his on-line election campaign, using the same artwork, colours, photographs and design. He is everywhere.

Maybe Kim thinks the polls are right and he has an edge.

Perhaps he doesn’t want to risk it all by saying something during a debate which is ill-judged and damaging. Who knows?

Say what you mean and mean what you say

Personally I’ve always believed politicians should stake out their positions and argue their case, clearly and robustly. And where they disagree with their opponents they should say so and engage in the debate, hoping to win the voters round to their point of view.

Anything less than this cheats the voters.

How can we get the measure of our local candidates if they stay away from debates and refuse to tell us what they really think?

Update on 13 September 2021: editorial from the Globe and Mail: Canadians deserve better than one lousy debate 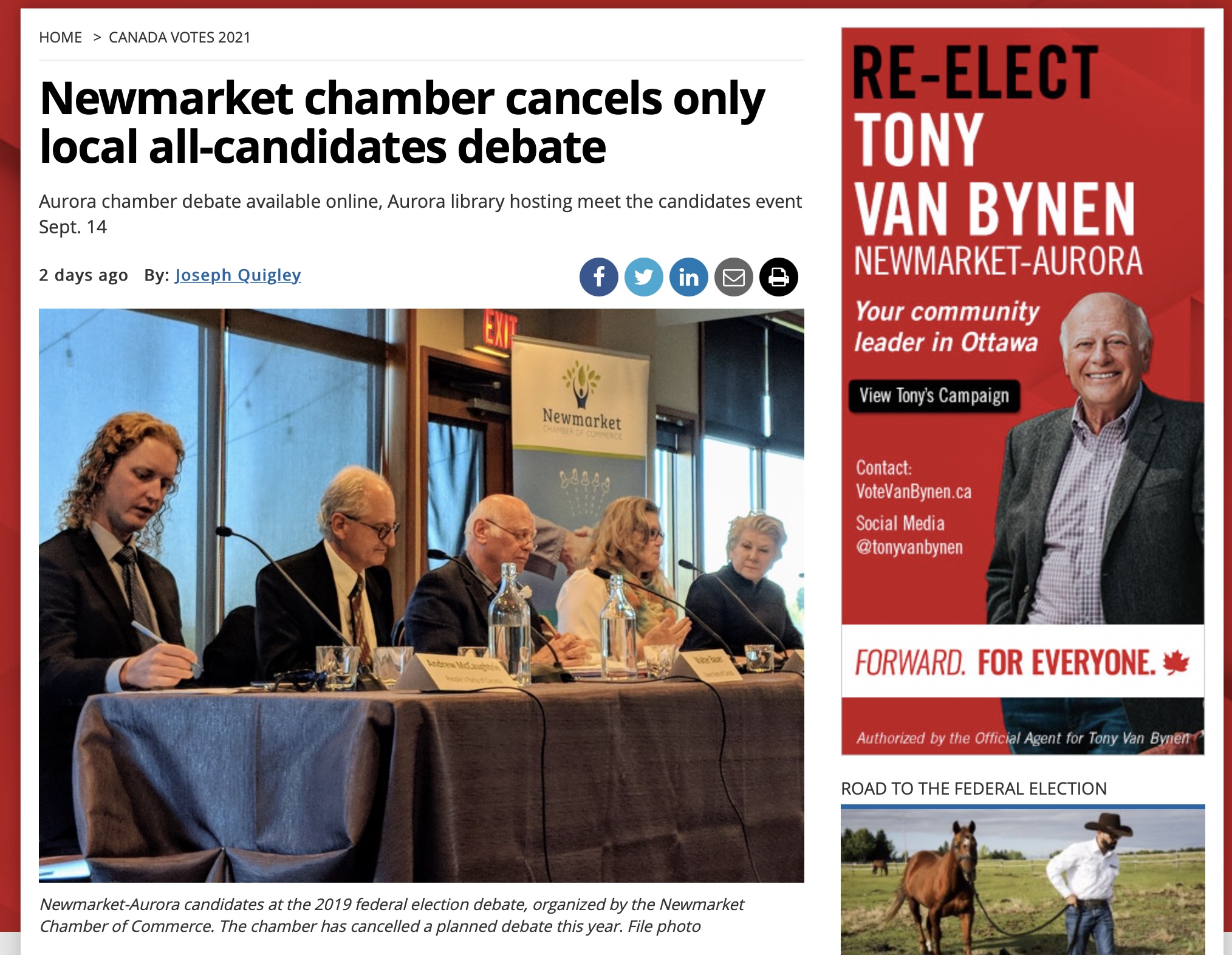