The Revenge of Renata Ford

It’s been a bad week for Buck-a-Beer. 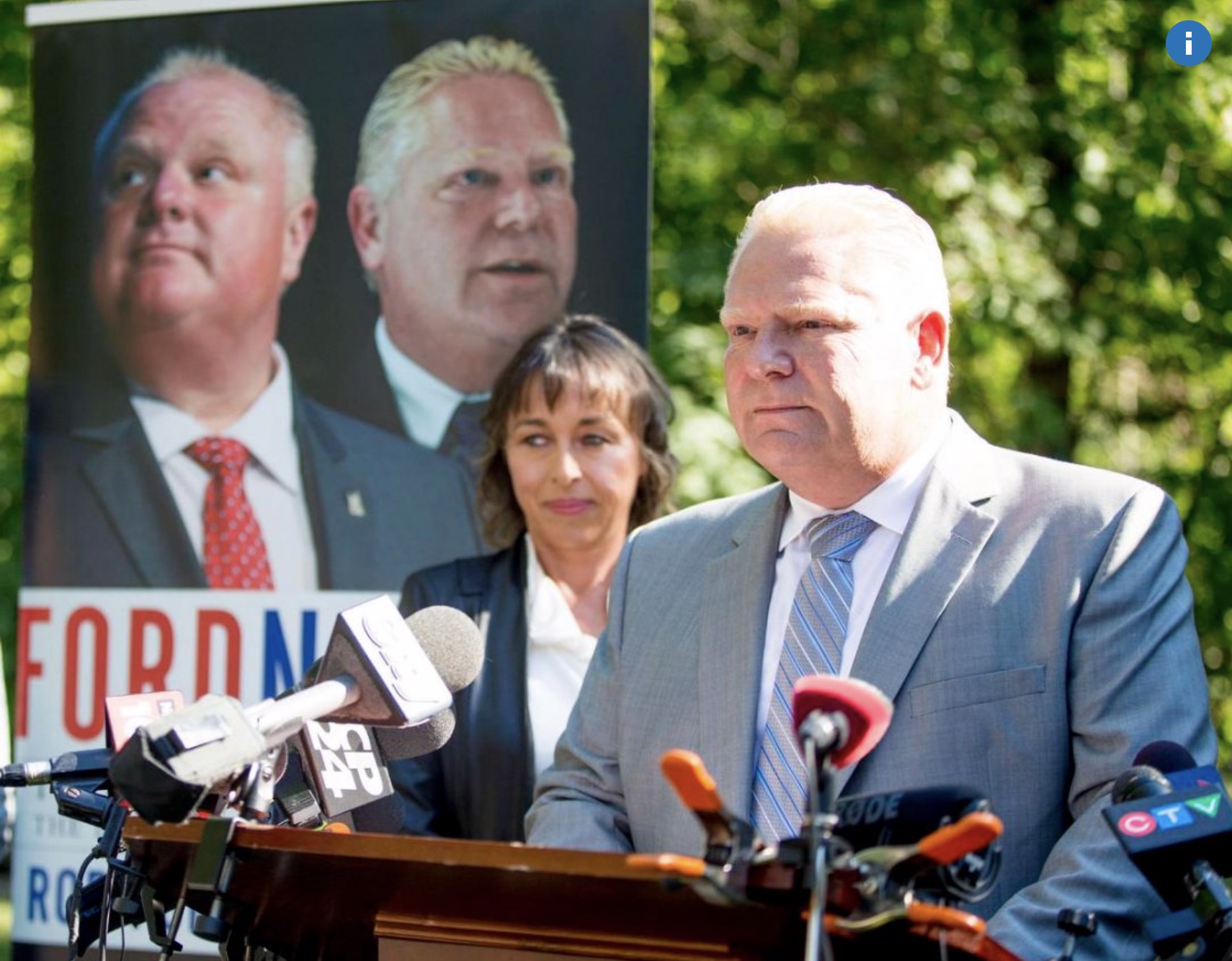 The re-shuffle didn’t fix anything. And the patronage appointments had to be reversed.

But perhaps the most painful development for Buck-a-Beer is Renata Ford’s decision to run as a candidate for Maxime Bernier’s People’s Party of Canada in Etobicoke North, the riding he represents in the Provincial Parliament. Delicious!

But, more gripping still, is the news from Renata’s own mouth that the $16.5 million lawsuit she brought against Doug Ford is “still before the courts”.

I thought it had just fizzled out in the way these things do. But it appears to be alive and well.

Ford, who sees himself as a great businessman with the golden touch, won’t make Deco Labels financial statements or his salary public.

A year ago I went to a post-election briefing by the Globe and Mail’s Adam Radwanski who perceptively told us the Libs/NDP should have focussed during the campaign on the “chaos” that Ford would generate and that he would be a “giant headache” for four years.

Cleaning out the stables

Well, Ford is certainly delivering chaos. And no-one has been able to rein him in – certainly not Caroline Mulroney whom Radwanski identified as someone who would clean out the stables. As if!

Christine Elliott has proved to be another huge disappointment, clapping like a seal whenever Buck-a-Beer barks an order.

Three weeks ago Tony Miele who chairs the “PC Fund” wrote to Party members about the election of Doug Ford as Premier of Ontario. He says the election marked an end to:

“15 years of Liberal corruption and waste with your tax dollars.15 years, when we were hit with scandal after scandal.   You know what passes for a scandal with Doug Ford? Trying to save the taxpayers a few bucks. The media is up in arms every day trying to take Doug down. It’s our job – yours and mine – to make sure our guy can keep on fighting.”

The abuse of power

The real scandal surely is about the abuse of Parliamentary procedures to ram legislation through on major issues of public policy without giving the public any opportunity to comment. It is about the scandalous patronage appointments. About ripping up contracts and legislating to deny any legal remedies to the other parties. It is about slashing public services with no mandate. And much more.

Ford’s mantra used to be:

But when things got difficult for Buck-a-Beer the message changed and now they’re:

“Protecting What Matters Most”

In Ford’s case, it’s his back.

Renata Ford is out for revenge but so too is Vic Fedeli who did his master’s bidding and is rewarded with a humiliating demotion.