The proposed new route of the controversial Bradford Bypass will leave unscathed a golf course owned by Kenneth Yoo and John Cho, the father of Progressive Conservative MPP Stan Cho, the associate minister of transportation.

The route had previously sliced through the Silver Lakes golf course but now runs to the south.

The by-pass is planned to connect Highways 400 and 404 and has been off-and-on for decades. This report from York Region staff gives the background and history.

"The value will rise beyond imagination"

This morning’s Toronto Star says the new route, announced in April, would lessen the highway’s impact on the Holland River and avoid an archaeological site. There was no mention of the golf course. The Star explains:

“In 2017, a pair of investors bought the Silver Lakes golf course, nestled along a branch of the Holland River in East Gwillimbury.

Shortly after the purchase, they were quoted in a Korean daily newspaper calling the golf course a “future-looking investment.”

“It is currently tied to a Greenbelt, but it can be transformed into a residential area. In that case, the value will rise beyond imagination,” Yoo is quoted as saying in Korean. The golf course declined to comment for this story.”

What is the true cost of the bypass?

The Star reports that Transportation Minister, Caroline Mulroney, has put the cost of the 16.2km bypass at about $800M. The Toronto Region Board of Trade says it could cost $1.5B. According to these estimates, the highway could cost between $43M and $92M per kilometre.

Although Metrolinx says it wants to extend the all-day two-way 15 minute GO Train service north from Aurora to Bradford there remain major uncertainties concerning the required road-rail grade separations and how these might be financed.

Update on 4 November 2021: From the Toronto Star: Probe sought over Bradford Bypass decisions

Update on 26 November 2021: Ontario Takes Next Step to Build the Bradford Bypass and from the Toronto Star: Documents show Ford Government chose not to pusue $1B penalty from 407 toll toad operators 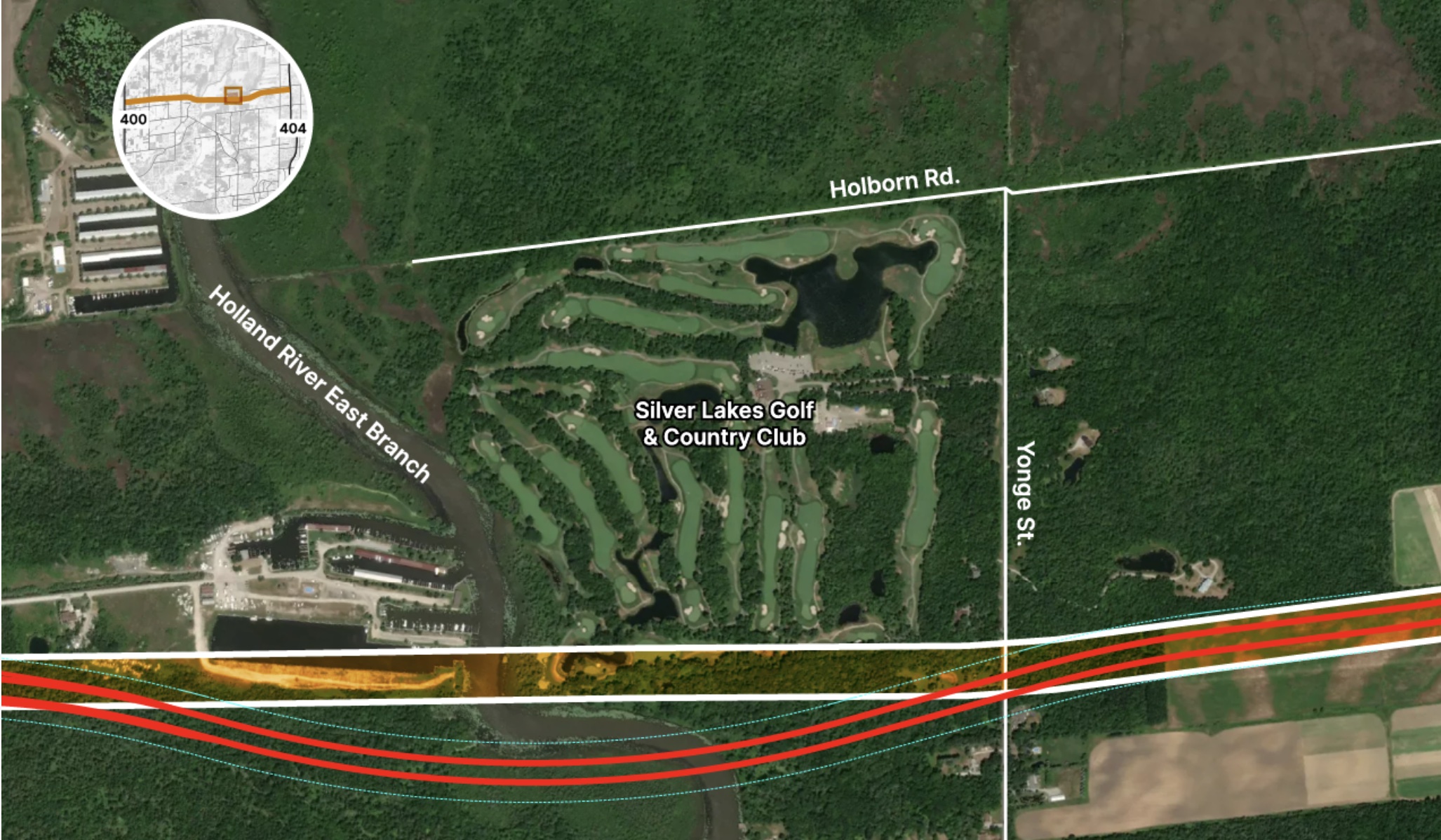