Tony Van Bynen and the myth of the “strong community leader”

A week ago, the Deputy Prime Minister, Chrystia Freeland, dropped in on Tony Van Bynen’s campaign office on Davis Drive opposite Southlake. She tweets:

"Tony Van Bynen is a strong community leader and it is so important for his work to continue in Parliament."

But is he a strong community leader?

Where is the evidence?

He has been around a long time but is that enough?

“You never show any leadership!”

At the time Kerwin was the longest serving councillor in Canada. He stands by that brutal assessment.

Who has the measure of the man? Chrystia Freeland who has known Van Bynen for five minutes? Or Dave Kerwin who has observed Van Bynen close-up for decades?

“Mayor Tony Van Bynen has many fine qualities but leading from the front is not one of them.”

“a leader is a person that leads; a person followed by others.” 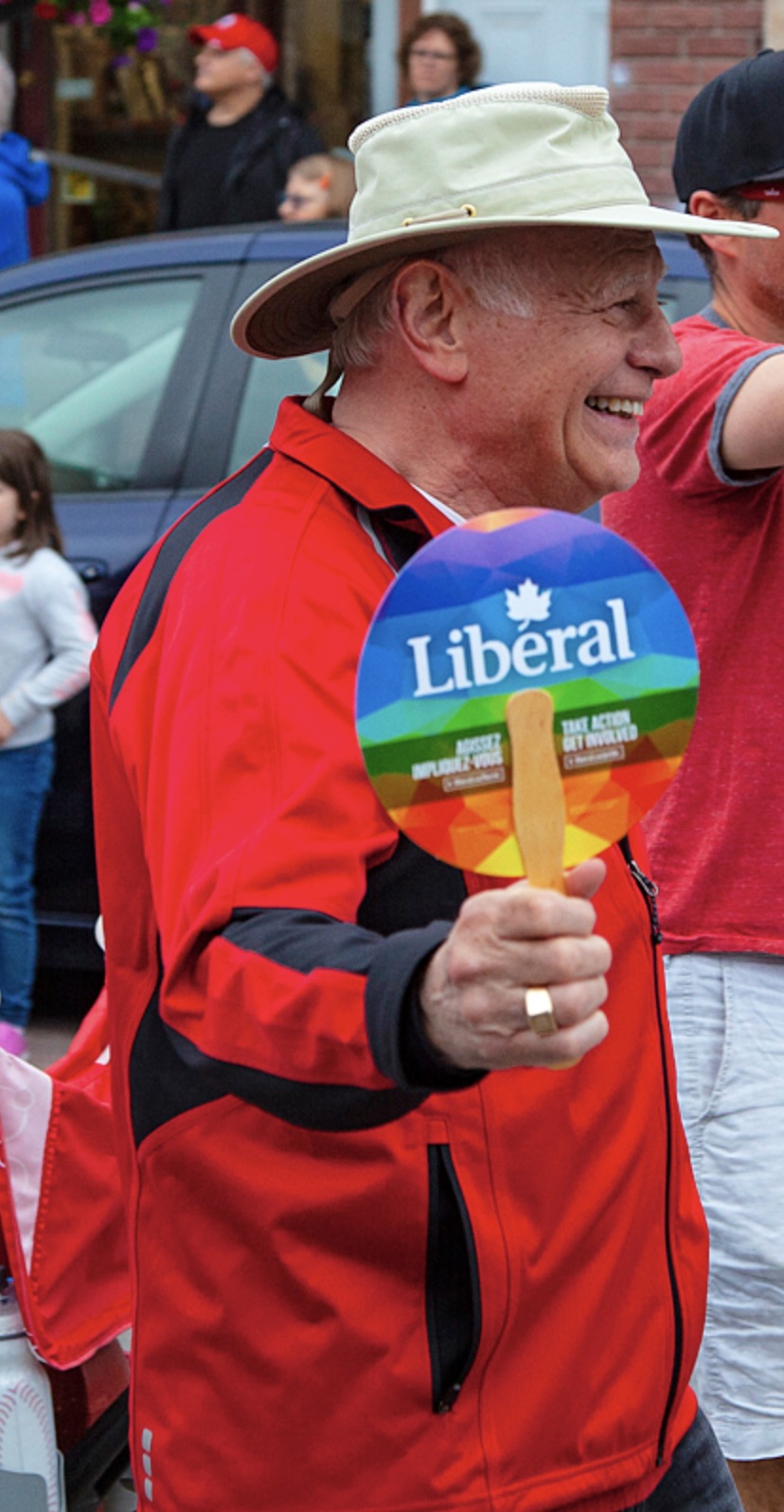 Van Bynen has been known to talk of the benefits of "followership". His centrist politics are all about neighbourliness and respect. He rarely stakes out a position and argues for it, calling on others to rally round. He calculates and tests the water. He says he “scopes” before making a move. He bides his time and never acts on impulse. This is appropriate behaviour for a cautious banker.

Of course, Van Bynen has his own agenda. But when he is on the wrong side of the argument he will often choose to stay silent, refusing to engage with the issues.

On 26 January this year he told the Commons that his experience as a banker taught him the importance of working together:

“toward a common goal and avoid acrimonious criticism, which is counterproductive for everyone.”

In his taxpayer funded flyer from September 2020 he talks about:

“getting things done – not partisanship”

When COVID was raging he talked of his experience on the House of Commons Health Committee:

“The acrimony of partisan politics has, for the most part, been replaced by co-operation and a willingness to do what is right.”

But this warm and cuddly non-partisanship only works on his terms. His relationship with the Health Committee soured when members sought to pursue their own agendas – not his. He accused them of “partisan posturing”.

In my time in Newmarket there have been several major policy issues affecting the Town where Van Bynen, a former Mayor, was on the wrong side of the argument and failed to persuade his colleagues to follow his lead, such as it was.

Example 1: The Clock Tower. Van Bynen supported plans drawn up by his friend, the developer Bob Forrest, to build a huge condo in the middle of the Town’s downtown heritage district. The plans involved the demolition of irreplaceable heritage buildings but with their facades retained. He described this vandalism as a great example of the intensification we need.

He failed to persuade his colleagues and was in a minority of one.

Example 2: The population of York Region is greater than some Provinces yet its Chair/Chief Executive is not elected by the voters at large but indirectly by 21 members of the Regional Council.

Newmarket Council passed a resolution calling for the direct election of the Regional Chair. Van Bynen wanted to stick with the status quo but couldn’t persuade his council colleagues to support him. Again, he was in a minority of one.

When the matter came before the Regional Council Van Bynen shamefully voted against his own Council’s position. Yet he brazenly describes himself as a “trusted” community leader.

Example 3: Van Bynen is a gradualist. So when Metrolinx announced in 2016 that the 15 minute all-day two-way GO Train service would terminate at Aurora his first reaction was to accept the decision, saying we should “ease into it as we go forward”. Not much leadership there. It falls to the present Mayor, John Taylor, to press Metrolinx to move on the transformational fast rail service and not just leave it in the pending tray. In 2016 Taylor was pushing for action. Van Bynen was the bystander, going with the flow.

Example 4: Glenway is now slipping into history. But the massive redevelopment of the old Glenway golf course in the Town’s north-west quadrant was a hugely contentious issue at the time. The property developer Marianneville had paid less than C$10M for the old golf course gambling it could get planning permission to change its use to housing. And that is exactly what happened.

The Town hired a planner on contract to develop its response and she did so without any supervision or guidance from Mayor Van Bynen who left her completely alone. Her report came down in favour of redevelopment which impacted hundreds of Glenway people, turning their lives upside down. By then it was too late for the Town to develop an alternative position.

Van Bynen said lessons would be learned but to this day he hasn’t told us what these are. Except one:

"We learned from Glenway that polarity doesn't help anybody."

However, some highly contentious issues are, by their very nature, zero-sum.

There is a winner and a loser.

There is no middle way.

It follows that Van Bynen will never, for example, argue the case for a nationwide handgun ban.

There would be too much polarity.