A Travesty of Modern Health Care

The Liberal Candidate for Newmarket-Aurora, Tony Van Bynen, touts himself as someone deeply concerned about health issues. 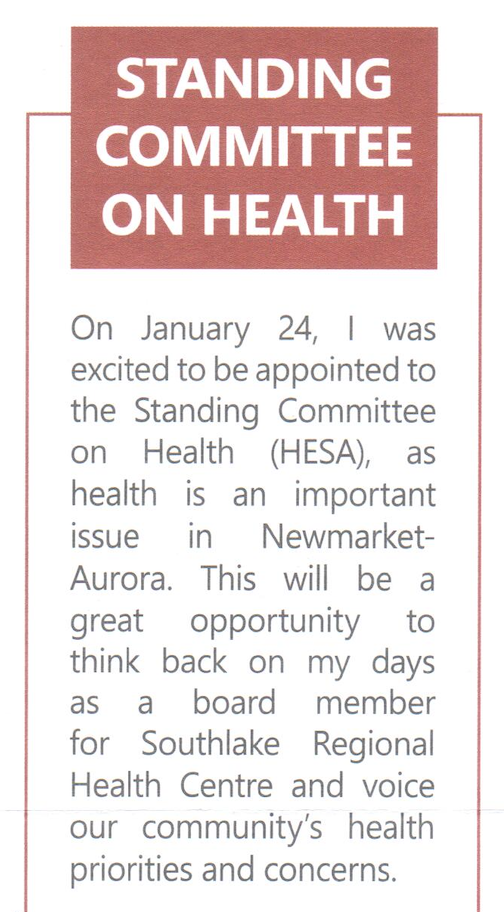 He was on Southlake’s Board for nine years.

So why is he refusing to comment on the dire situation in Southlake Hospital’s Intensive Care Unit which has been described as “a travesty of modern health care” by the hospital’s medical director of critical care services, Dr Barry Nathanson?

Van Bynen says he was excited to be appointed to the Commons Standing Committee on Health “as health is an important issue in Newmarket-Aurora”.

He trills he is

His flyer tells us:

“This will be a great opportunity to think back on my days as a board member for Southlake Regional Health Centre and voice our community’s health priorities and concerns.”

It is clear from the reporting that the crisis has been many years in the making so what did Van Bynen do about it? If anything.

When was he first made aware of the crisis in intensive care? Was he concerned? What representations did he make? And to whom? And to what effect?

If we can't get answers to these simple straightforward questions in an election campaign - where Van Bynen is running as the voice of Newmarket-Aurora on health issues - then we never will.

Update on 1 September 2021 from Newmarket Today: nurses demonstrate outside office of Christine Elliott